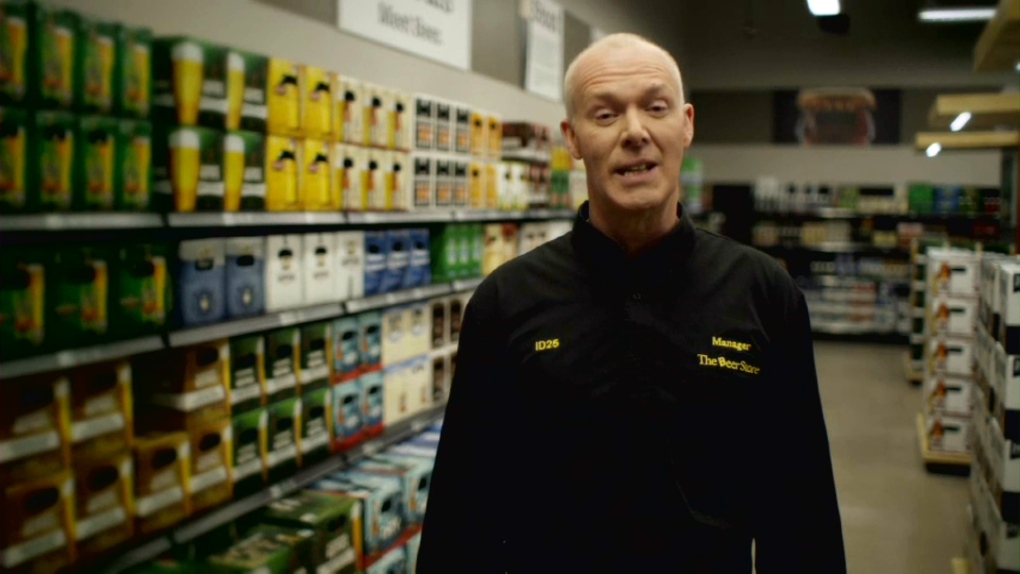 The Beer Store is trying to turn Ontarians against the idea of alcohol sales at the province’s convenience stores and gas stations, warning it could increase the risk of sale to minors.

“I think we all have a responsibility to look out for Ontario’s kids and to protect our communities,” The Beer Store manager and world curling champion Glenn Howard says in a new ad launched Monday. “At The Beer Store, it’s a commitment we take to heart.”

The 30-second spot is the latest step in in an ongoing battle between The Beer Store and the Ontario Convenience Stores Association (OCSA), which has been lobbying MPPs to bring beer and wine into corner stores.

While The Beer Store claims minors would have an easier time purchasing alcohol at convenience stores, the OCSA says studies have shown fewer underage customers leave corner stores with alcohol than at The Beer Store and the LCBO.

“Our professional staff of 7,000 is trained in the responsible sale of alcohol. We refuse to sell to anyone without proper ID or anyone who may be intoxicated. It’s just the right thing to do, and that’s always the right call,” Howard also says in the new ad.

And it isn’t the first time The Beer Store has slammed proposals to loosen Ontario’s liquor laws. In February, The Beer Store president Ted Moroz warned that Ontario could expect to pay higher prices if alcohol sales are deregulated.

“Prices will go up. Make no mistake,” Moroz said. “Beer, wine and liquor will be more expensive in Ontario.”

The Beer Store is owned by three major brewers: Labatt, Molson Coors and Sleeman. It has already been fighting hard to keep alcohol out of convenience stores, but it might take a while before Ontarians will be able to head to the corner store for a bottle of wine or a can of beer.

Ontario Finance Minister Charles Sousa unveiled plans last week to allow 10 LCBO-owned express outlets to sell beer, wine and spirits at grocery stores as part of a one-year pilot program. The 2,000-square feet kiosks are expected to open by the end of 2014 in areas without a nearby liquor outlet.  But there were no plans to allow alcohol sales by corner stores or gas stations.

The OSCA responded to the government’s pilot project last week, saying the plan fails to “break the stranglehold the foreign-owned Beer Store has on Ontario beer drinkers and the Ontario craft beer industry.”

“While it is refreshing to see the Ontario government agree that more convenience is needed in alcohol retailing, the elephant that’s still in the room is the 87-year-old foreign-owned Beer Store and the near monopoly it still has on beer retailing,” the OSCA said.