Toronto is now home to a newborn endangered red panda.

The Toronto Zoo announced the news on Thursday, marking the birth of a healthy 221g baby cub on Wednesday, July 13 at 4:11 p.m.

“We are so excited to welcome this baby red panda to the Toronto Zoo family,” Toronto Zoo CEO Dolf DeJong said in a statement.

This is the third red panda birth at the Toronto Zoo in more than 25 years.

It is also the first cub for four-year-old Paprika. She arrived at the zoo in November 2021 as a potential mate for a five-year-old male named Suva. 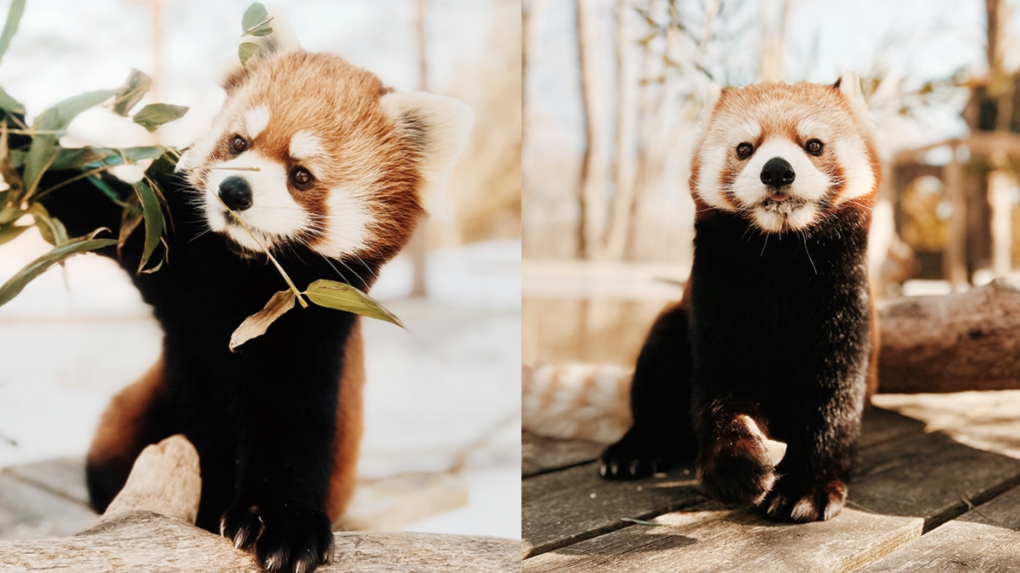 Paprika (left) and Suva (right) are now the parents of a red baby panda cub (Toronto Zoo). The zoo says Paprika is now comfortable enough to leave the nest box for short periods of time, allowing their wildlife care staff to assess the cub’s health and determine he is male.

“Paprika was very calm when she was momentarily separated from him, taking the chance to stretch out and groom herself before returning to the nest box to bathe and attend to her cub,” the zoo said.

Paprika and her cub will remain at private quarters of the zoo until they are ready to be viewed publicly by visitors. A name for the newborn has not been announced.