2 in 5 Toronto children under 4 have not seen a dentist: study 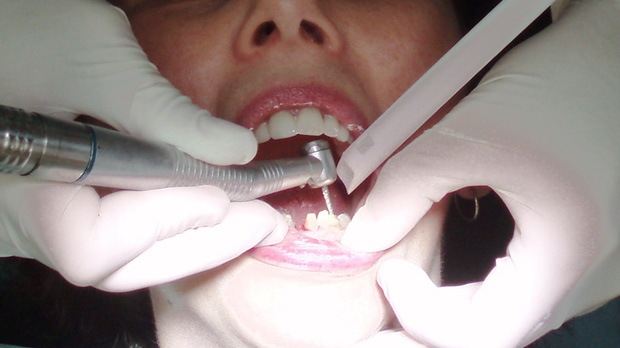 A new study found that 39 per cent of Toronto children had not seen a dentist by the age of 4.

A new study found that 39 per cent of Toronto children had not seen a dentist by the age of 4.

Two in five children had not received dental care, and children most susceptible to cavities were least likely to see dentists, according to a study published by Dr. Jonathon Maguire in the medical journal Pediatrics.

The study conducted by St. Michael's Hospital and the Hospital for Sick Children surveyed 2,505 children around 4 years of age between 2011 and 2013 about their dental history.

Of the young children surveyed who had visited a dentist, 24 per cent had at least one cavity. Cavities can cause pain and contribute to poor nutrition, Maguire said.

It found that a lack of dental care was most likely to be associated with younger children from lower-income families.

Among children who had been to a dentist, the most likely to have cavities were from lower-income families with East Asian heritage, the study said.

The study also found that less than one per cent of Toronto children had seen a dentist in the first 12 months, despite recommendations.

The children who didn't see dentists by the recommended age of 12 months were also associated with prolonged bottle use and higher daily intake of sweetened drinks, meaning they were more likely to have tooth problems.

"With each one-cup increase in the amount of sweetened drinks consumed daily, the odds of never having visited a dentist increased by 20 per cent," a news release outlining the study said.

The statement added that carbohydrates in sweetened drinks such as milk, formula, juice and soda promote growth of bacteria that causes cavities.

Previous studies have found that children who receive preventative dental care in the first year of their lives have less dental treatments later in life, Maguire added.