'You've got to be kidding me': Ontario premier fires back at licence plate questions

QUEEN'S PARK -- Ontario Premier Doug Ford fired back at questions about the government’s new licence plates on Monday as he addressed reporters for the first time since problems began to appear last month.

Following an announcement on an agreement to advance the planning of a proposed road that would connect First Nations communities to the province’s highway network, the premier spoke with reporters.

Ford was questioned on a variety of ongoing issues, including CTV News Toronto’s Queen’s Park Bureau Chief Colin D’Mello asking what specifically was wrong with the plates.

“You’ve got to be kidding me,” the premier quickly replied. “We sent out a press release Friday, just for these folks that can’t believe what I deal with, this media here in Toronto, we give them a press release on Friday, we gave the details, it’s being corrected, we’re going to have good licence plates.”

The licence plates, which first hit the road on Feb. 2, were designed in part by the premier’s office. A little over a week later, the plates were flagged by front-line police officers and drivers as being difficult to read at night. 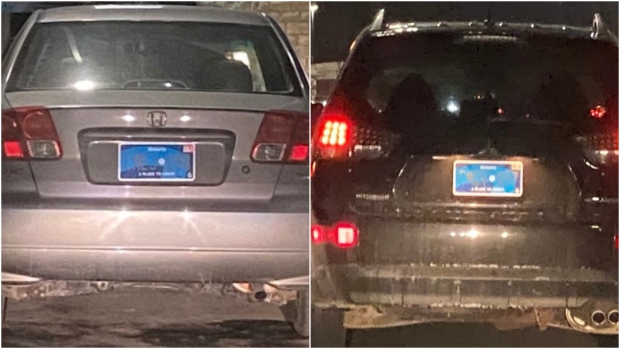 While the PC government originally denied any problems, they eventually admitted there could be issues and announced it would stop issuing the blue licence plates on March 5.

Government sources told CTV News Toronto last week that the province signed a non-disclosure agreement (NDA) with 3M, the manufacturing company behind the plates, and therefore cannot say what exactly the problem is with the new design.

CTV News Toronto questioned the premier on the (NDA) on Monday, asking if taxpayers have a right to know what is wrong with the plates. Ford would only say that the problem is “being corrected.”

“There is zero expense to the taxpayer,” he said.

Neither the Minister of Government and Consumer Services nor the premier have been made available to speak about the plates since Feb. 18, when the minister defended the plates as readable.