TORONTO -- The Ontario government will continue to give out new licence plates to drivers across the province until a replacement product is made available in “less than three weeks.”

The Ford government has been mired in the “Plate Gate” controversy for four straight days after front-line police officers, the City of Toronto and the Ontario Safety League identified issues with the new plates.

While the province first defended the plates as "readable," the government now admits the plates have glaring issues and says they have asked the manufacturer 3M Canada to resolve the issue. 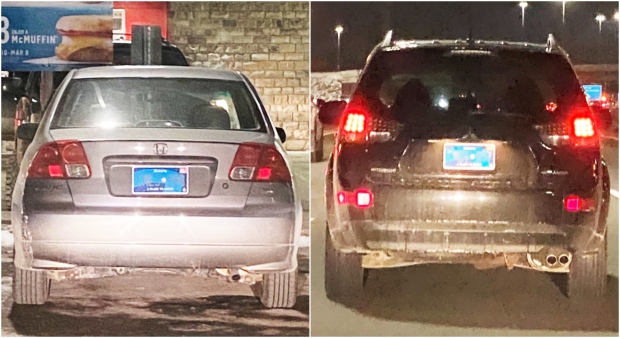 Calandra indicated while the government might have to recall and reissue the licence plates in the future, he provided no timeline for the process and said the current defective plates will not be pulled from Service Ontario Centers.

"The plates are still being issued,” Calandra said. "We're working with 3M to solve the problem, any plates that are out there will have to be replaced."

About 50,000 new licence plates have been issued

The Ford government has said that 218,000 new licence plates have been produced as of Feb. 19. About 49,000 have been issued to Ontarians.

While the government remains adamant the licence plates pose no risk to public safety, criticism began to surface last weekend on social media with residents and off-duty police officers suggesting the plates were not readable at night.

The criticism prompted comments from Mothers Against Drunk Driving Canada, who called the design a “serious concern.” A spokesperson for the City of Toronto confirmed that its network of photo radar and red light cameras have trouble reading the word "Ontario" on the new plate.

At the same time, the commissioner of the Ontario Provincial Police has said they have found no direct public safety concerns with the new licence plates.

“We have confidence in the legibility of the plates to ensure traffic safety. We look forward to continuing to work with our stakeholders as the government enhances Ontario’s new licence plates.”

There are still 134,000 of the new licence plates at various Service Ontario locations and 35,000 are in inventory.

On Thursday afternoon, the Minister of Government and Consumer Services said that the government has “heard the concerns of Ontarians” and a new licence plate is being created to replace the ones in circulation.

The new plates are expected to be available “in less than three weeks.”

"For Ontarians who have already received new licence plates, an enhanced version will be provided to them via mail,” Lisa Thompson said in the statement. “Ontarians will continue to receive the current plate, launched on February 1, through Service Ontario locations until an enhanced plate is available. We want to reassure Ontarians that the current plate does not pose a risk to public safety.”

The decision to keep issuing licence plates was met with swift condemnation from other Ontario politicians who suggested it’s irresponsible to put "vanity over public safety."

"They’re more about saving face than about protecting the public."