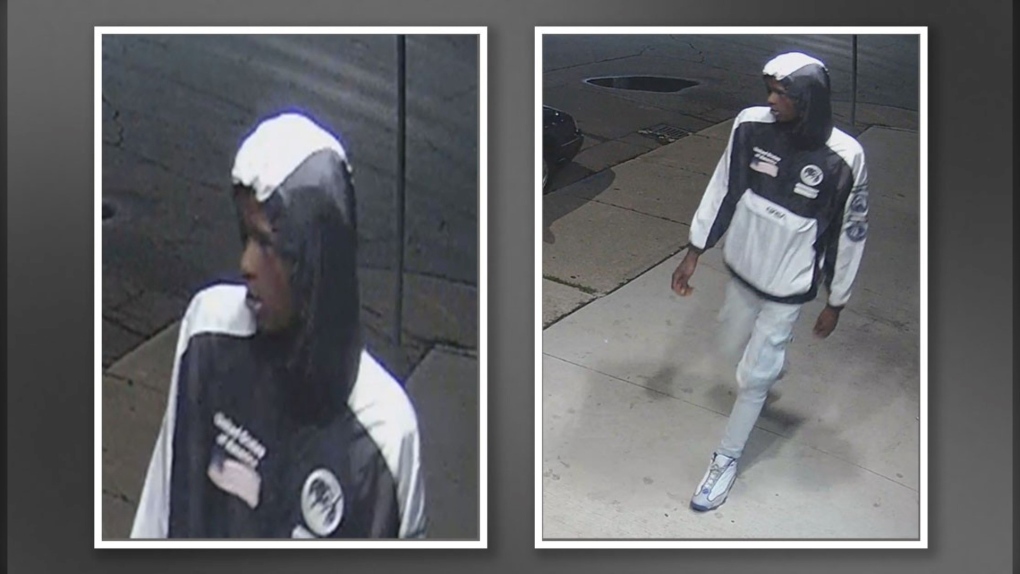 A suspect wanted in connection with a sexual assault investigation in Hamilton is shown. (Hamilton Police Service)

A 46-year-old woman was rushed to hospital in life-threatening condition after a violent sexual assault in Hamilton early Monday morning.

Hamilton police were in the vicinity of Barton Street East near Victoria Avenue just before 3 a.m. when they were flagged down by a witness and alerted to the presence of a woman in nearby alleyway, who was suffering from serious injuries following an apparent assault.

Police say that investigators have since determined that the assault “contained a sexual component” and are therefore treating the incident as a sexual assault investigation.

Police have released surveillance camera images of a potential suspect, who they say fled the scene on foot.

He is described as a tall, young black male with short braided hair. He was last seen wearing a black and white track suite.