'We do not accept your apology': Activist brings Toronto police conference on race-based use of force data to a standstill

'We do not accept your apology': Activist brings Toronto police conference on race-based use of force data to a standstill

“I’m here to address what I see as really egregious in terms of this particular public relations stunt that has been delivered by our chief here.”

Beverly Bain, a professor at the University of Toronto and a member of the No Pride in Policing Coalition, told a room full of reporters and Toronto police’s top brass Wednesday.

Bain’s comments were directed at Toronto Police Chief James Ramer who just moments earlier delivered an apology following the release of the service’s newly-released data on race-based use of force in the city.

“[You were apologizing] for a series of information that we have been saying to you for decades,” Bain said in the more than five-minute long address. 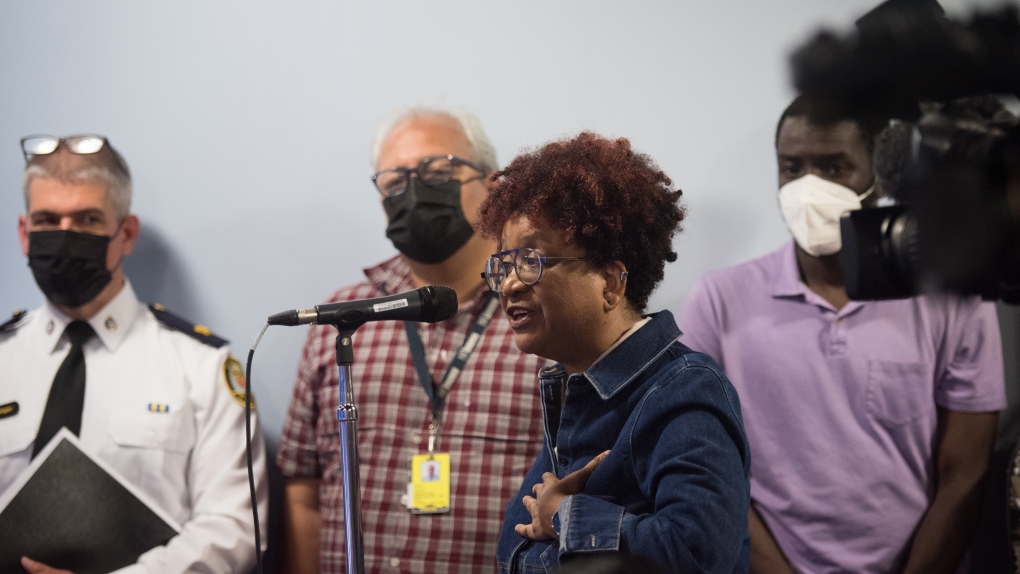 Beverly Bain from "No Pride in Policing Coalition" addresses Chief James Ramer of the Toronto Police Service following an apology at a press conference releasing race-based data, at police headquarters in Toronto on Wednesday, June 15, 2022. THE CANADIAN PRESS/ Tijana Martin

The data released Wednesday, which focused on the year 2020, showed that, among other things, racialized people in Toronto are 20 to 60 per cent overrepresented among those who faced violence when interacting with police in 2020.

Moreover, the report found that Black residents were 230 per cent more likely to have a police officer point a firearm at them when they appeared to be unarmed than white people.

The data presented today was commissioned as part of the Ontario government’s Anti-Racism Act, which, in 2019, directed all police services across the province to begin collecting race-based data in instances of “reportable” use of force incidents.

Ramer acknowledged that police have not done enough to correct the systemic racism that exists within the service and offered his apologies to racialized communities in the city that have been affected.

“For this, as chief of police, and on behalf of the service, I am sorry and I apologize unreservedly. The release of this data will cause pain for many. Your concerns have deep roots that go beyond the release of today’s report. We must improve; we will do better," he said.

In response, Bain rejected the apology and called the chief out for not providing specific examples of how the service plans to correct the injustices displayed in the report.

“Chief Ramer, we do not accept your apology.”

Speaking outside Toronto Police headquarters following the news conference, activist Desmond Cole bookended Bain’s remarks by questioning the legitimacy of the internal report’s findings and said that police investigating themselves is “not going to cut it.” 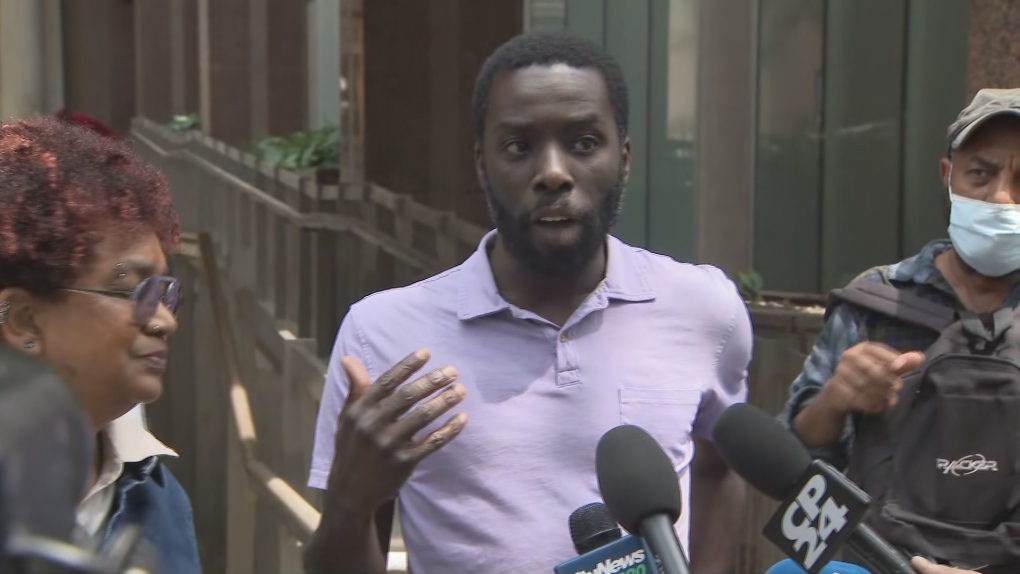 Desmond Cole speaks outside of Toronto Police headquarters on June 15, 2022 following the release of the Service's race-based data on use of force incidents.

“We don’t want police investigating each other and then telling us what the result of their internal process and investigation was. We’ve been very clear about that for a very, very long time now,” Cole said.

“If the only thing that we have is the police saying, ‘when there’s an individual act of racism within the force by one person we’ll take care of it,’ I mean, how is that working out for us all? Isn’t that why we’re f****ing standing here right now? Isn’t that why we’re here today? Because that process is completely bankrupt.”