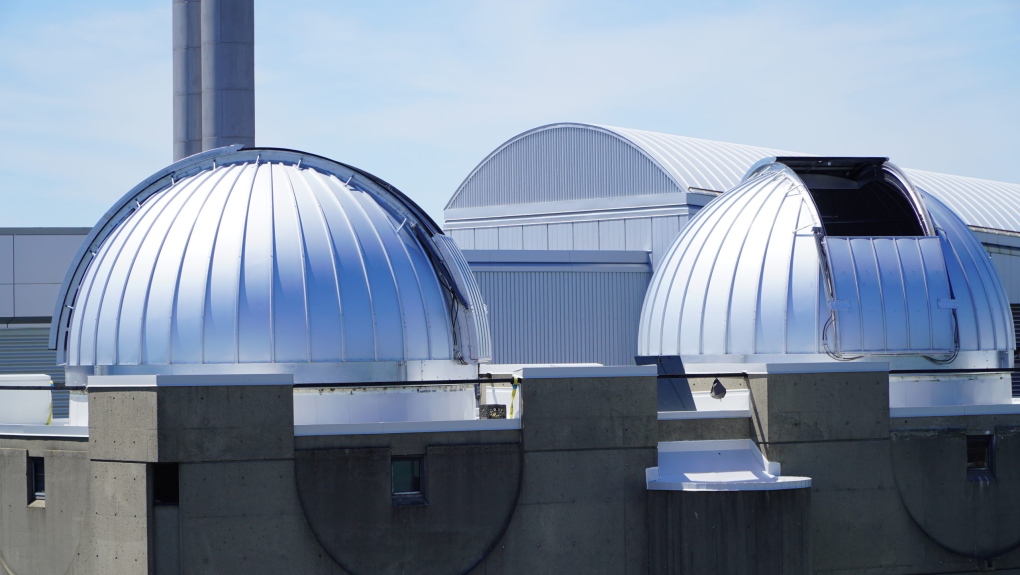 Two new observatory domes have been replaced in Toronto for the first time in more than 50 years, allowing researchers and stargazers a clearer view of the night sky.

The domes were originally erected in the 1960s and, according to York University Assistant Professor Elaina Hyde, director of York’s observatory, they were starting to show their age.

“It has been about two years in the planning,” she said. “We're finally able to replace them with something that can actually compete and do modern astronomical surveys.

On Tuesday morning, with the help of a crane, the 6,000-pound domes at York University’s Allan I. Carswell Astronomical Observatory were lifted away and replaced. One of the structures covers a one-metre long telescope while the other covers a 60-centimetre telescope. 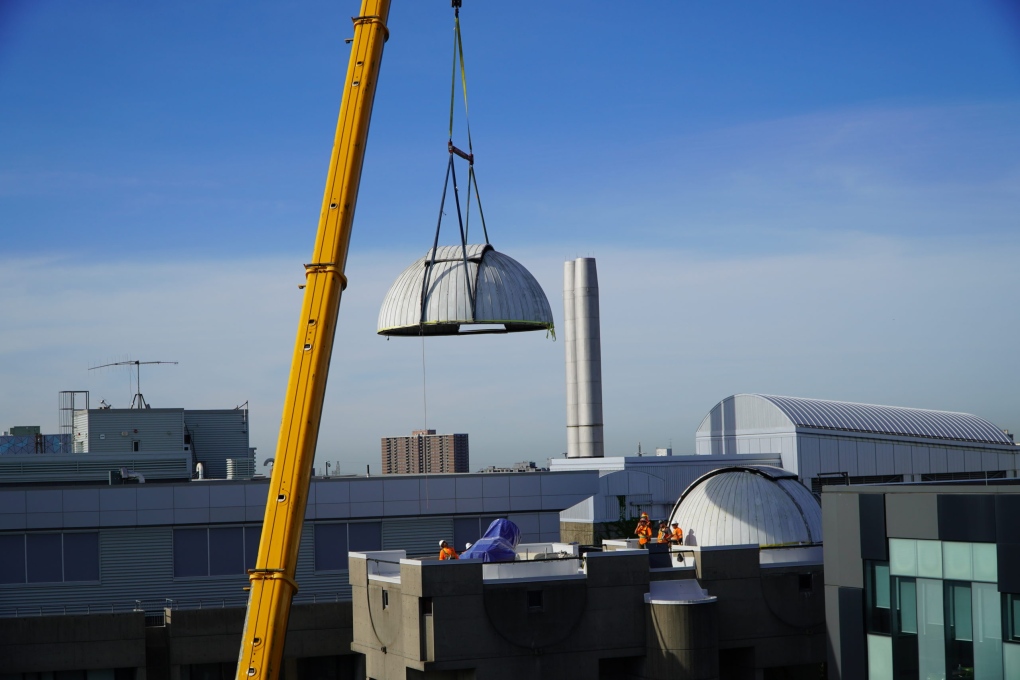 The new domes are also mechanical and programmable, something Hyde says is a huge improvement and allows scientists to view the entire night sky without having to make any adjustments or reconfigurations.

“The old design that wasn't possible, you'd actually have to stop you're observing and reconfigure the dome if you moved from a target was high to a target that was low,” Hyde said. “Of course, all these things would take time and mean that you do get a bit of a hassle and lots of surveying and you have to be there in person. But what the new domes said is not a problem.”

Hyde added that the domes can also be programmed at a distance, meaning that work can be conducted while researchers are at home with their computers.

“It's more of everything we love. So more outreach, more students support, more research.”

Today, @YorkObservatory @YorkUScience had two new state-of-the-art domes craned onto the observatory, one covering the one-metre telescope and the other over the 60-cm telescope https://t.co/NwMbl6CPkd pic.twitter.com/THboROR8dQ

The domes will be tested over the next few weeks, starting on Tuesday night to view the super full moon, which is also known as a strawberry moon. Saturn, Jupiter, Mars and Venus are all expected to be visible.

“We have a we have a planetary alignment and a super full moon tonight and our domes are back on and it's just it's been a overall awesome day for astronomy,” Hyde said.

This story has been updated to say 6,000 pounds instead of 6,000 tonnes as previously stated in an earlier version.