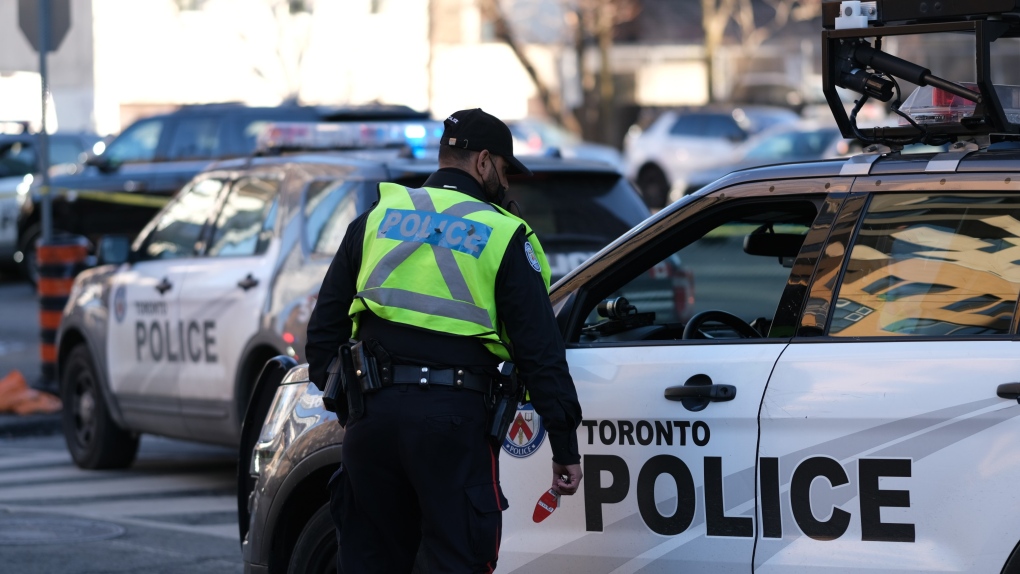 It happened on Tuesday in the area of Queen and Parliament streets in the city’s Corktown neighbourhood.

At that time, investigators said a man returned to his parked vehicle when he was approached by a suspect who was allegedly pointing a handgun at him.

Police said they were able to later determine the location of the stolen vehicle, and, with the help of Ontario Provincial Police and the Toronto police hold up squad, the suspects were located and placed under arrest.

Police added that the two suspects were in possession of money taken during the robbery at the time of the arrest.

Kurt Downer, 40, of Toronto, and Marcel Blackburn, 36, of Hagersville, Ont. have both been charged with robbery with a firearm, disguise with intent and two counts each of possession of property obtained by crime over $5,000.

Blackburn was also separately charged with fail to comply probation.

Both suspects appeared in a Toronto courtroom on Wednesday.

Anyone with information related to the investigation is asked to contact police at 416-808-7350 or Crime Stoppers.