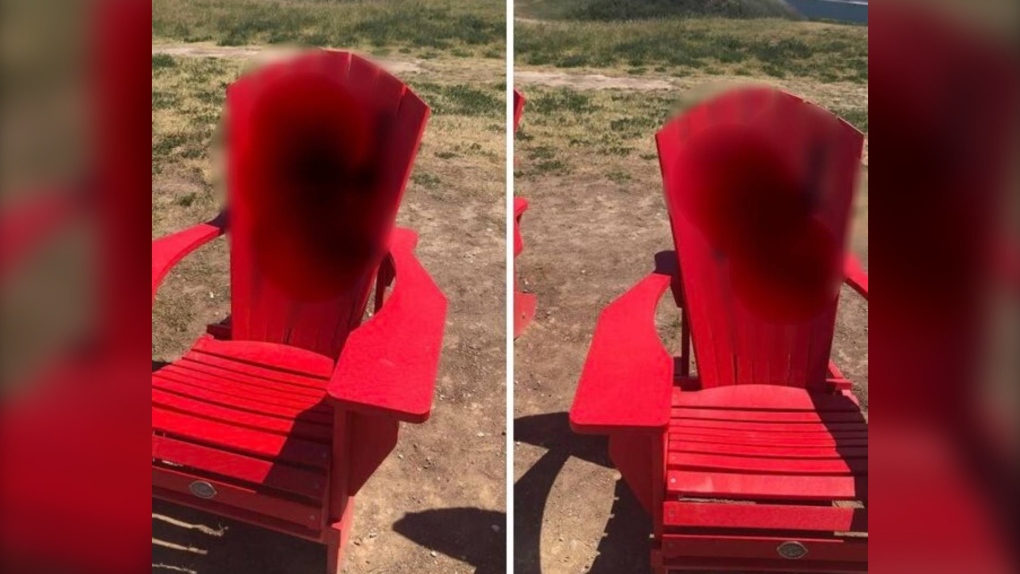 Prime Minister Justin Trudeau took to social media on Thursday to say he is “appalled and disgusted” at anti-Semitic graffiti found at a park in North York.

The graffiti was first brought to light by Ya'ara Saks, Member of Parliament for York Centre.

“I’m extremely disheartened and angry to see these symbols of hate and antisemitism in my own neighbourhood, right in the centre of our community,” she wrote on Twitter. “Hate has no place here, or anywhere else in Canada.”

It does not appear as though Saks took the photographs herself. CTV News TOronto has reached out to her office, as well as Toronto police, for more information.

The tweet was then shared by the prime minister and mentioned in his Friday address alongside another hateful incident in Edmonton involving graffiti painted on a mosque.

He went further on social media, addressing the Jewish community in York Centre, and across Canada, directly.

“Know that we will continue to stand with you against this hate. We will not tolerate it and we will work with you to end it.”