Hundreds of people lined highway overpasses on Thursday with some even spilling onto an on ramp as a trucker convoy protesting vaccine mandates at the border made its way through the Greater Toronto Area.

The group of truckers began a cross-country trip in British Columbia over the weekend en route to Parliament Hill in Ottawa.

There are at least two groups – one which is headed straight for the nation’s capital via northern Ontario and another that began in southwestern Ontario and transited through the GTA.

In advance of the rolling protest arriving in the region, police had warned drivers to expect “significant delays” and traffic was in fact brought to a standstill at various points on Thursday.

Provincial police also had to close the on ramp from Keele Street to westbound Highway 401 for several hours after demonstrators spilled onto the roadway.

The protest, dubbed “the Freedom Convoy,” was initially organized in response to a new rule prohibiting unvaccinated truckers from crossing the border without quarantining.

But numerous individuals participating in the demonstration have since indicated that it is about various other policies that they say infringe on their freedoms.

There have also been concerns about some groups with extremist beliefs attaching themselves to the protest. 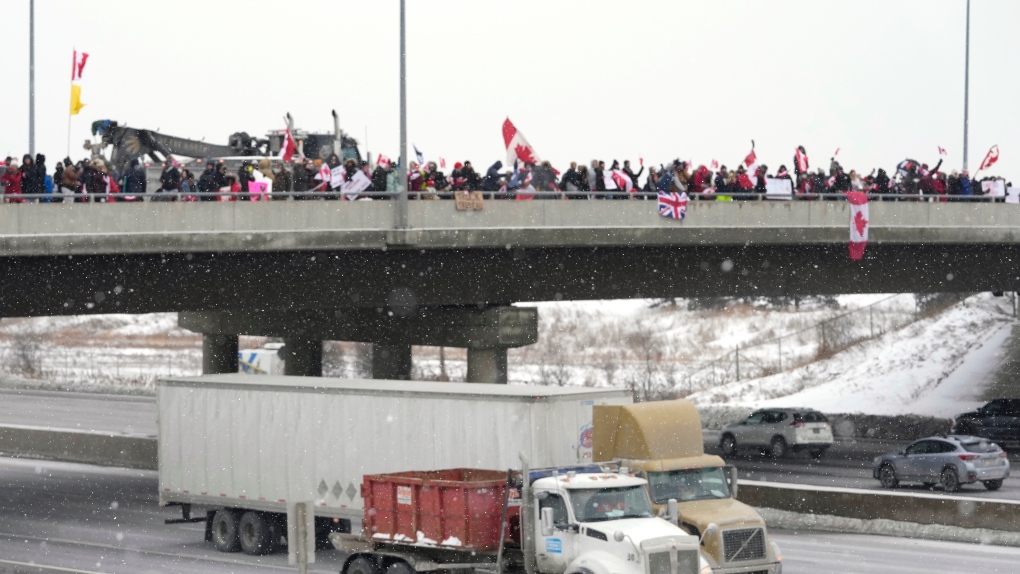 Organizers have insisted that the protest is peaceful, however there have been reports of journalists being harassed by individuals who have gathered along the route.

On Thursday CP24’s Steve Ryan said that several people kicked the tires on his vehicle while he was reporting from the gathering point at Vaughan Mills.

A Canadian Press photographer also reported being shoved and spat on by convoy supporters as he tried to cover the protest.

Meanwhile, the OPP had to issue an “alert” just before 11 a.m. to draw attention to the fact that emergency responders were experiencing difficulty navigating the “congested traffic” on some routes.

“When you see and talk to the people that are in this convoy we are family,” organizer Harold Jonker told CP24 on Thursday when asked about concerns that there could be violence or property damage when demonstrators arrive at Parliament Hill this weekend.

“I have my wife with me, my brother has kids with him, my brother-in-law has his kids with him. There's husbands and wives, there's all kinds of different nationalities and I have yet to see any violence. It is not going to happen.” 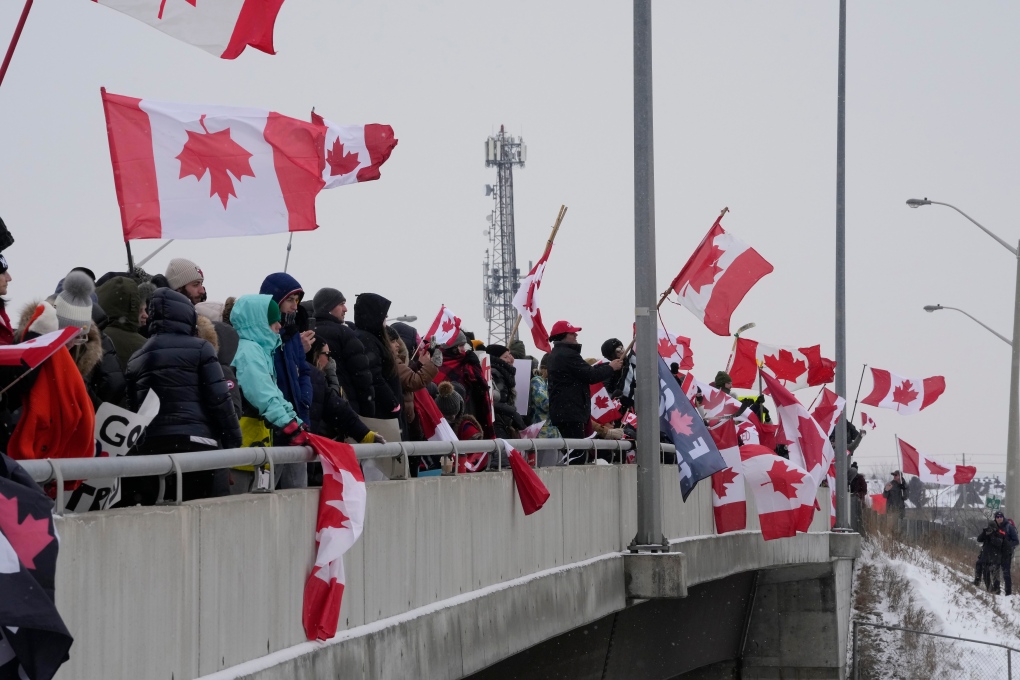 Prime Minister Justin Trudeau has suggested that there is a "small fringe minority of people” associated with the protest who hold “unacceptable views" when it comes to public health restrictions. He has said that those individuals "do not represent the views of Canadians."

But the demonstrators who spoke with CP24 said that they believe Canadians are behind them.

At the same time police in Ottawa have said they are aware of “inappropriate and threatening language on social media” related to the event and in a series of messages posted to Twitter warned of “consequences for persons engaging in criminal conduct, violence and/or activities promoting hate.”

“When you look at the protests (against vaccine mandates) that have happened over the last year there's never been a violent protest. Why all of a sudden do we think we're going to have one today? We're not,” Jonker told CP24, adding that he has already been in touch with Ottawa police regarding keeping this weekend's protest safe.

According to a Maru Public Opinion survey of more than 1,500 Canadians released earlier on Thursday fewer than one-in-three respondents (28 per cent) believe that unvaccinated truckers should be able to cross the U.S.-Canada land border freely without restrictions. The remaining two-thirds of respondents said that there should either be no exemption for unvaccinated truckers (36 per cent) or they should be required to produce a negative COVID-19 test result.

Rising global temperatures could reduce the amount of sleep people get every year, according to a new study.