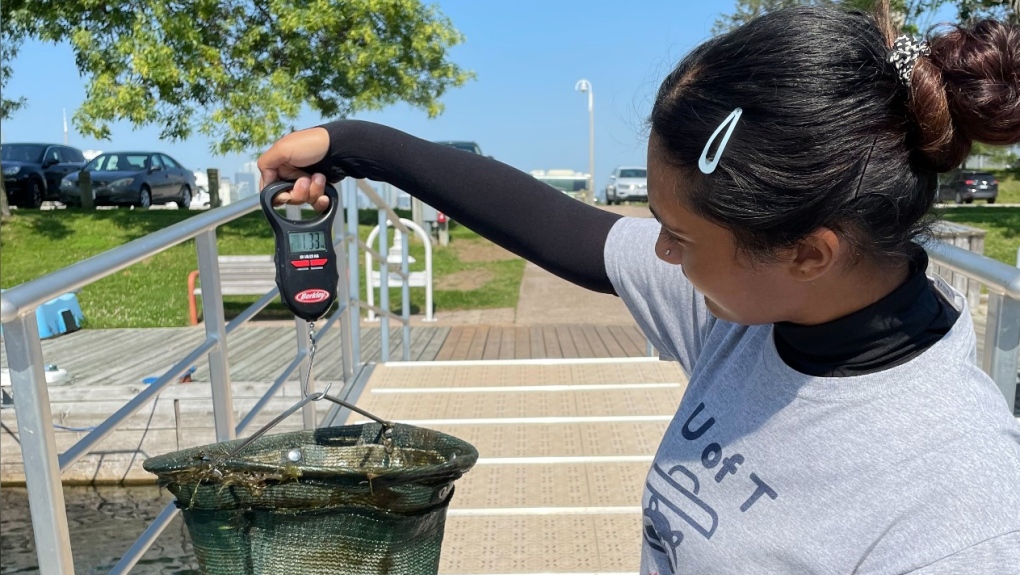 A member of U of T's Trash Team collects a seabin from Lake Ontario. (Photo provided by University of Toronto)

A large amount of plastic—the equivalent of about 3,400 plastic water bottles in volume—were found in Lake Ontario during a four-month period last year by a Toronto “Trash Team.”

The University of Toronto group, made up of students, researchers, volunteers and staff, recently revealed the top 10 large items that were found by their seabins in 2021.

A seabin is a floating garbage can that collects waste by gently pumping water through a mesh bag, creating a vacuum that sucks items inside. Chelsea Rochman, the lead of Rochman Lab and the program’s lead for scientific programming, told CTV News Toronto on Monday there were seven seabins placed in Lake Ontario near Toronto throughout the boating season. 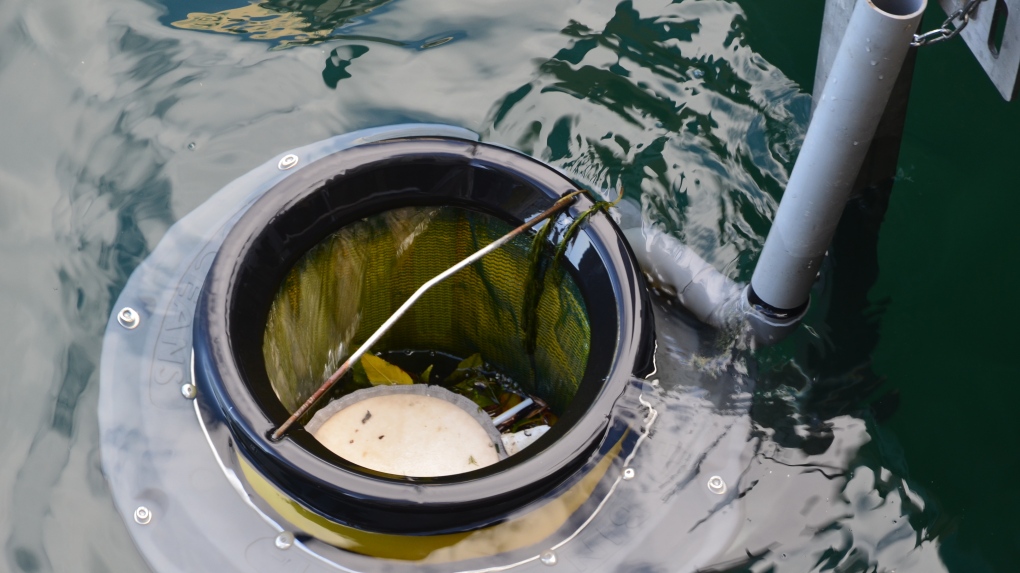 The bins are active at various points between May and October and Rochman said that an extrapolation of their data shows they collected an estimated 33 kilograms of plastic pollution.

“That sounds light, but that’s actually the equivalent of about 3,400 plastic bottles in volume,” she said. “And from a microplastics side, we would collect more than 230,000 small pieces of plastic pollution.”

In terms of large items collected, the top offenders appear to be plastic film, plastic fragments and bottle caps, in addition to smoking materials such as cigarette butts and cigar tips. Also among the list are single-use plastics such as food packages and stir sticks.

After digging into the #Seabin #data, our top 10 large items revealed some you may recognize: #plastic fragments, bottle caps, food packaging and #CigaretteButts. Take a closer look and you’ll notice many of these are related to #SingleUsePlastic and examples of packaging waste. pic.twitter.com/mfte5yxNnZ

Foam was also listed among the top five items found in Lake Ontario—but Rochman said the type of foam was surprising.

“I think when a lot of people think about foam litter or Styrofoam, they think about the takeout containers,” she said. “And don't get me wrong, we find that material in the environment. But we are finding that about half of the foam we find has a different look and feel and shape and color. And it seems that a lot of this material is coming from construction sites.”

Rochman added that kind the foam was often yellow, blue or pink in colour. An analysis of the substance found elements of bromine, a signature of flame retardant used in insolation materials.

“Picture somebody putting insulation on a roof or the side of the side of a building, they're cutting it, sometimes they're sanding it in order to get it to be smooth, and you almost have like the snow or little bits of Styrofoam falling off.” 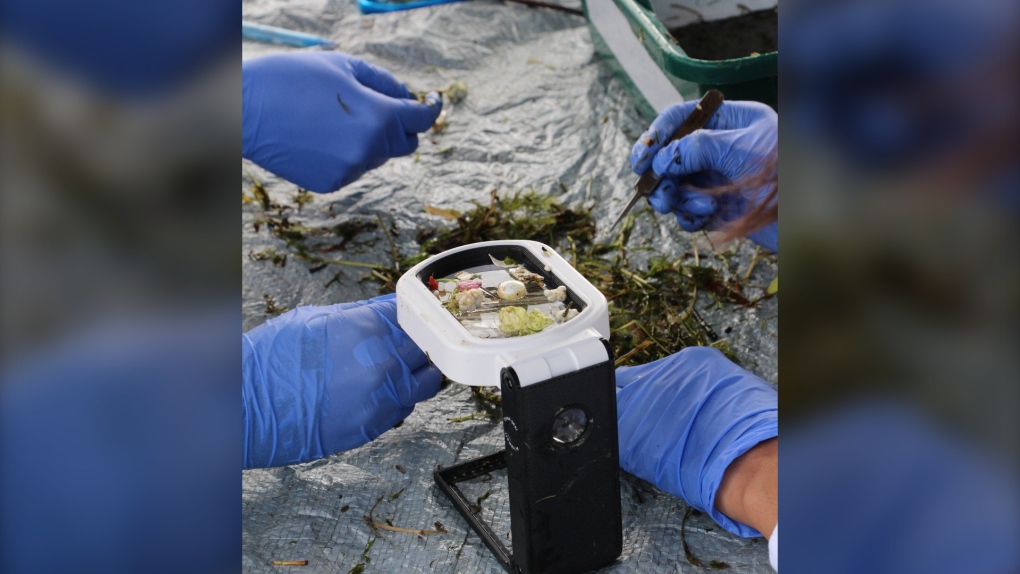 “It's something that we didn't think about until our seabins.”

Of the smaller items collected by the U of T Trash Team, about 32 per cent have been identified as foam.

An analysis of the data found that between 40 and 60 per cent of the foam collected last year were likely from construction sites.

“That really surprised us actually.”

Following two seasons in which COVID-19 impacted the number of seabins in Lake Ontario, Rochman hopes to get more traps into the water this year. The team also hopes to place seabins in waterways near facilities that are used for plastic production to see if it will reduce the volume of pellets found in Lake Ontario.

The goal, Rochman said, is to increase waste literacy and help support solutions so there is less pollution in Ontario’s water.

In March 2021, the team started an international trash trap network, where data is shared across North America, with outposts in Vancouver, North Carolina and Florida. Rochman said she hopes to expand the network this year beyond the 40 locations that have already started to collect data.