TORONTO -- It is a simple act of kindness, and one that 15-year-old Sebastian Browne takes great joy and responsibility in doing.

“Seeing his face light up, it’s priceless,” Angela Tucci-Browne, Sebastian’s mother told CTV News Toronto. “He takes it very seriously. He’s got his gloves on, he makes sure he’s dressed for the weather and he’s ready to go.”

Every Friday, garbage day on his street, Sebastian performs a gesture of goodwill for his neighbours. Once the trucks have finished collecting items from the garbage, green and recycling bins, the Toronto teen goes around and puts the bins away.

“He’s always been a kid who likes to help people but just seeing the joy he gets when people say ‘thank you’ or are so happy to see him. It’s just such a heartwarming thing for me as mom of a child with special needs,” Angela said.

Sebastian does two rounds of collections, one in the morning and one in the afternoon. 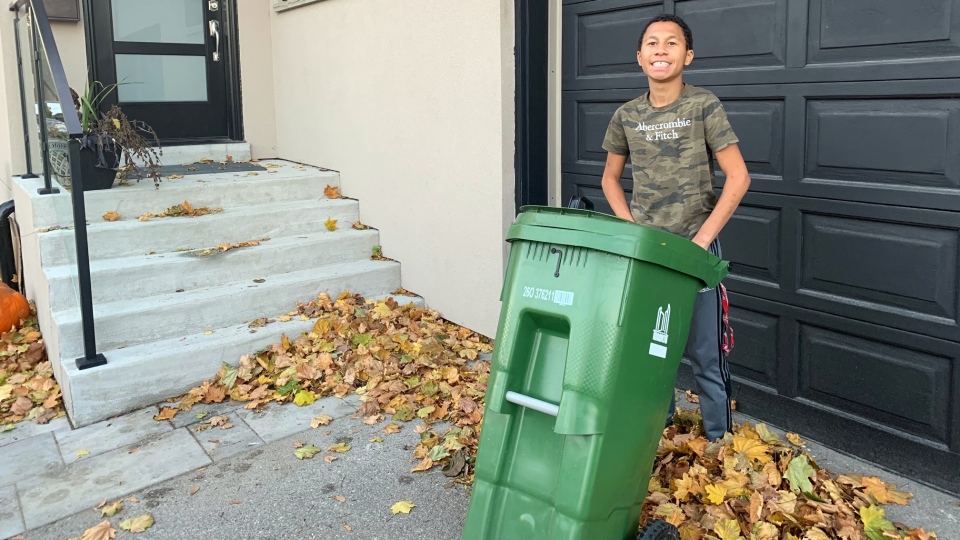 “We’re doing about three streets now,” Sebastian’s father Emilio Browne said. “He wants to make sure he’s the one doing it, and be able to say ‘hey, I’ve done it.’”

It did not take long for people to notice Sebastian’s kindness.

“It really brightens up the neighbourhood,” resident Danielle Thorburn said. “[Sebastian] is always waving hello. You can hear him from halfway down the street.”

“It’s just a nice thing to do for everyone, and bring people together,” adds neighbour Mallory Warren.

The idea to help his neighbours came to Sebastian during an outdoor walk earlier in the COVID-19 pandemic.

“When COVID happened he lost a lot of his social interaction from being home all the time,” Angela said. “So it was really his own way of just reaching out to people.”

Neighbours say they have been happy to have the extra help.

“It makes their day,” said neighbour Elizabeth Capone. “They look forward to seeing him come by the house, pulling their garbage cans and give a happy big smile and a hello.”

Some neighbours have given Sebastian cards, gifts and candy as a token of their appreciation.

“Those things are nice and he has a big smile on his face, but that’s not why he does it,” Angela said. “He would much rather just hear those words of ‘thank you’ and see the joy on someone’s face.”

He said it is a job he plans to continue doing as long as he can.

“This won’t end,” Angela said. “When Sebastian knows he’s doing things people like, and it’s also a vehicle for him to communicate and stay connected to people, it’ll last forever.”