In just 24 hours, Christian Borys saw sales for his handmade stickers in Toronto, sold to support Ukraine, spike more than 250 per cent as Russian troops crossed the border and launched airstrikes on Ukraine.

The stickers were designed by Borys and feature Saint Javelin – a religious icon holding a javelin anti-tank weapon. Borys' intent was to sell the stickers to raise money for a Canadian charity supporting children who have been orphaned by the war in Ukraine. 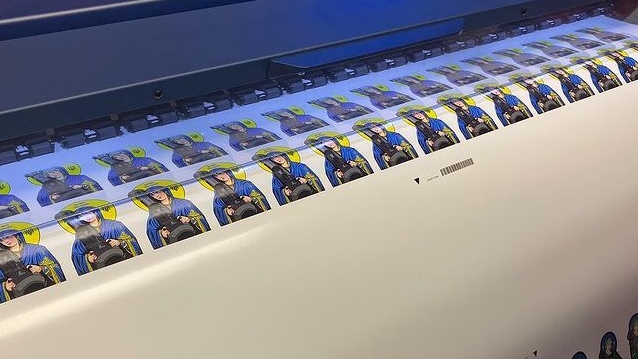 Christian Borys designed stickers in Toronto to raise money for a Canadian charity supporting children who have been orphaned by the war in Ukraine.“I thought I was going to sell 50,” Borys told CTV News Toronto. But now, he’s selling 6,500 stickers a day; raising $40,000 so far. “People just started buying them like crazy.”

The spike in sales and support corresponded with Russian tanks rolling into Ukraine, catapulting the country into what the Ukrainian government has called a “full-scale war.”

Meanwhile, Borys is also organizing safe places to stay for Ukrainians fleeing the country. His father lives in Poland near the Polish/Ukrainian border and together, they are working to get 100 people out of the country.

“I’m just trying to do whatever I can,” he said.

As a former journalist in Ukraine, Borys said he has friends who he considers to be family still in the country.

“People are terrified. They are really, really scared,” he said.

“The western world needs to wake up and enact sanctions immediately, sanctions that are all-encompassing, unprecedented sanctions that make the Russian state ... feel the pain they are inflicting on another sovereign country.”

Leaders of the world's wealthiest democracies struck a united stance to support Ukraine for 'as long as it takes' as Russia's invasion grinds on, and said they would explore far-reaching steps to cap Kremlin income from oil sales that are financing the war.

Mary Mara, an actress known for roles on 'ER' and 'Ray Donovan,' has died, her manager, Craig Dorfman, said in a statement to CNN. She was 61.

Most people in Canada do not think people should have to swear an Oath of Allegiance to the Queen, according to a poll ahead of Canada Day.

'There won't be occupiers': City of Ottawa, police prepared for Canada Day protests

City of Ottawa staff and the Ottawa Police Service are ensuring residents that planned protests on Canada Day will not devolve into the kind of occupation that residents endured this past winter.