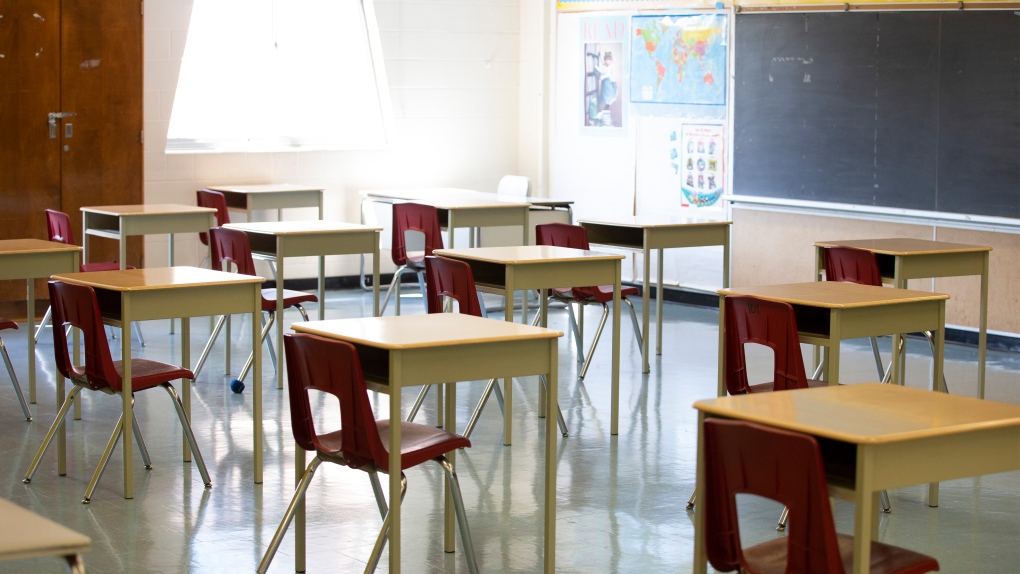 Toronto’s Catholic elementary teachers have given formal notice that they plan to conduct a strike at one or more schools next week amid frustrations over the pace of negotiations on a new collective bargaining agreement.

The Toronto Catholic District School Board informed parents about the impending job action in a memo that was issued on Wednesday morning.

They said that the Toronto Elementary Catholic Teacher’s union has provided the board with notice that they will conduct a “full strike” at one or more schools on Monday, though it remains unclear which schools will be targeted.

The board says that the job action is being launched, in part, over two key issues. One relates to a plan to improve staff attendance and the other has to do with the way classroom assignments are handled, the board says.

However, the union says that its roughly 5,000 members have been without a contract since September, 2019 and are now one of the few education sector unions without a new collective bargaining agreement.

They are accusing the board of using “the cover of the pandemic to make unreasonable, regressive demands at the bargaining table.”

“We do not want to further escalate our job action,” Julie Altomare-DiNunzio, who is the president of the local, said in a statement provided to CP24. “As teachers, this is an incredibly difficult action for us to take, as more than anything, we want to be in the classroom, supporting our students’ academic success and well-being. But we cannot ignore the board’s bullying tactics, repeated efforts to drag out negotiations, punitive actions against teachers engaged in lawful job action, and refusal to work together to reach a fair collective agreement.

Talks between the union and the board began in February, 2021 but broke down a few months later, prompting the start of a work-to-rule campaign which has continues.

In its memo, the TCDSB said that it was “shocked” to be informed of the planned job action by the union.

It said that it is “inexcusable” that the union “wants to halt student learning by threatening to strike after all that students have been through during the pandemic.”

The board suggested that the dispute is solely about the union’s intention to prevent it “from providing absenteeism support and managing staffing processes.”

But the union said in its statement that the issues go much deeper than that.

“Our students are already suffering from pandemic-related learning loss. They cannot afford the further damage to the learning environment that the board’s punitive, costly, and ineffective demands would inflict — draconian impositions which would impact essential programs that support students, punish teachers for being sick, strip away rights, and constrain our teachers’ ability to best serve their students,” Altomare-DiNunzio said.

In a statement issued on Wednesday, Education Minister Stephen Lecce said that the “most recent provocations” by the union are an “affront to the interests of children who deserve to be in school.”

“On behalf of tens of thousands of families who seek stability as Ontario gets through the challenges of Omicron: call off the strikes,” he said.

Thunderstorms kill 4 in southern Ont., knock out power in parts of Que.

As the May long weekend kicked off, a massive thunderstorm in southern Ontario and Quebec brought strong wind gusts that knocked down trees, took out power and left at least four people dead.