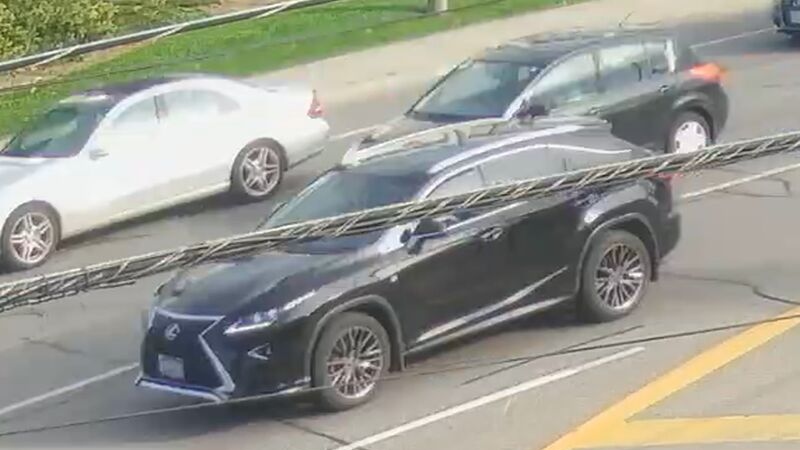 A photograph of a vehicle seen driving away from the scene of a fatal shooting in North York has been released by Toronto Police Service.

TORONTO -- Police have released an image of a vehicle seen "driving aggressively away from the scene" of a daylight shooting in North York Saturday afternoon that left a 24-year-old man dead.

Emergency crews were called to Crossroads Centre, a shopping plaza near Weston Road and Highway 401, around 3:40 p.m. after receiving reports of a shooting.

When officers arrived at the scene, they found a man suffering from a gunshot wound. The man, who police have identified as Mathio Youkhanna of Toronto, was pronounced dead at the scene.

On Tuesday, police released an image of a vehicle they say was seen "driving aggressively away from the scene." The vehicle is described as a black Lexus SUV.

No further suspect information has been released by investigators.