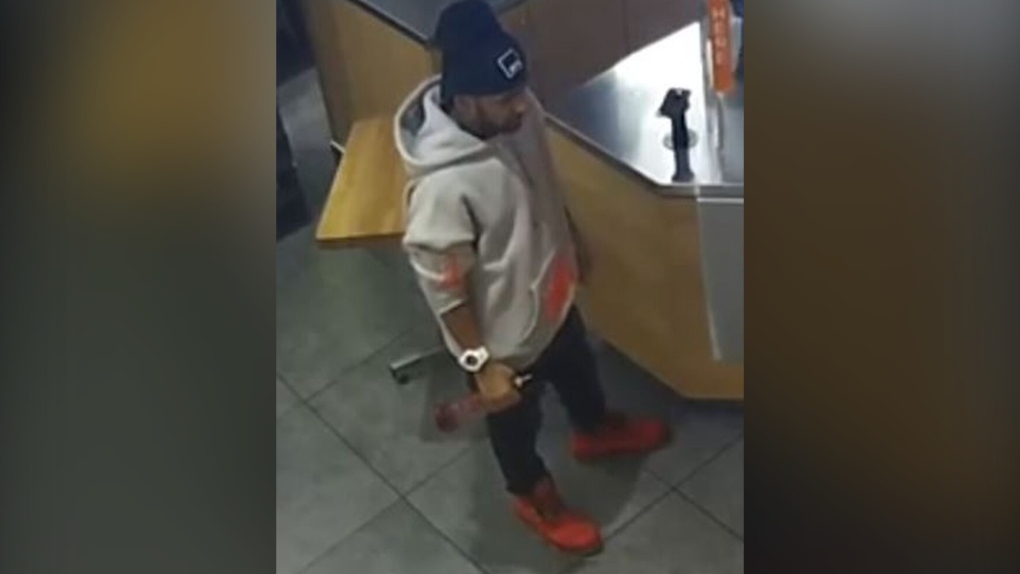 Police are looking for a man wanted in a sexual assault investigation. (Toronto Police Service).

TORONTO -- Toronto police are seeking help from the public to identify a suspect wanted in connection with a sexual assault of a woman in the city’s west end on Thursday.

It happened before 5 p.m. in the area of Dufferin Street and Bloor Street West, police say.

A man and a woman were inside an establishment and engaged in a conversation.

Police allege the man assaulted and sexually assaulted the woman.

He then fled the establishment and was last seen walking east on Bloor Street West, police say.

He is described as five-foot-nine, with a medium build, short black hair, and dark brown eyes.

Police say the man was wearing a black toque, dark-coloured pants, a white watch, red shoes and a light or grey beige sweater with a red design on the front pocket and right arm and a large black symbol on the back. 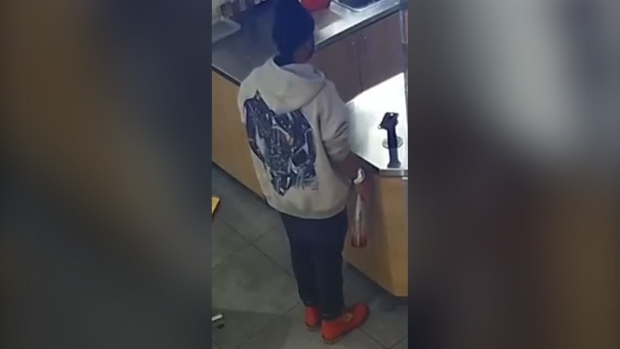