Officers were called to a shooting in the area of Oak and Sumach streets just before 9 p.m.

When they arrived, they located three men suffering from gunshot wounds.

One of the men was pronounced dead at the scene. On Sunday, police identified him as 27-year-old Thane Murray from Toronto. 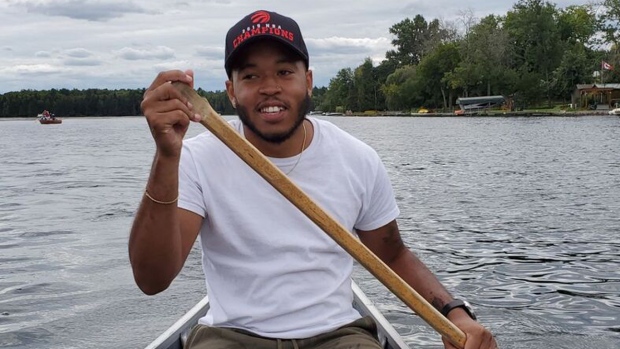 Police said on Sunday that the 29-year-old is now in stable condition.

Homicide investigators continue to search for four suspects, who they said approached the victims and shot them.

"It's a highly-populated area. There's a playground just to the south of us. It was still 8:50 when this took place, so probably lots of people around -- very, very dangerous," Insp. Michael Williams said Saturday evening.

He noted that approximately 50 shell casings, "a ridiculous amount of gunfire," were discovered at the scene.

The suspects, police said, were wearing dark-coloured clothing and masks that concealed their faces. No other descriptions have been released.