Police have identified the woman who was found dismembered inside a garbage bag on a Toronto sidewalk earlier this week.

According to police, the remains of 46-year-old Tien Ly were found on the south side of Eastern Avenue at Berkshire Avenue, west of Leslie Street, at around 1:30 p.m. on Monday.

Detectives said the Toronto woman's body had sustained obvious trauma and police determined the woman's death to be a homicide following a post-mortem examination.

In a police update on Wednesday, authorities said they are looking for the victim's son, Dallas Ly, who is now missing.

"At this point we are concerned for his wellbeing," Toronto police Const. Alex Li said Wednesday. "Dallas, if you are listening, please contact Toronto police immediately."

Police said the 20-year-old is not classified as a suspect. 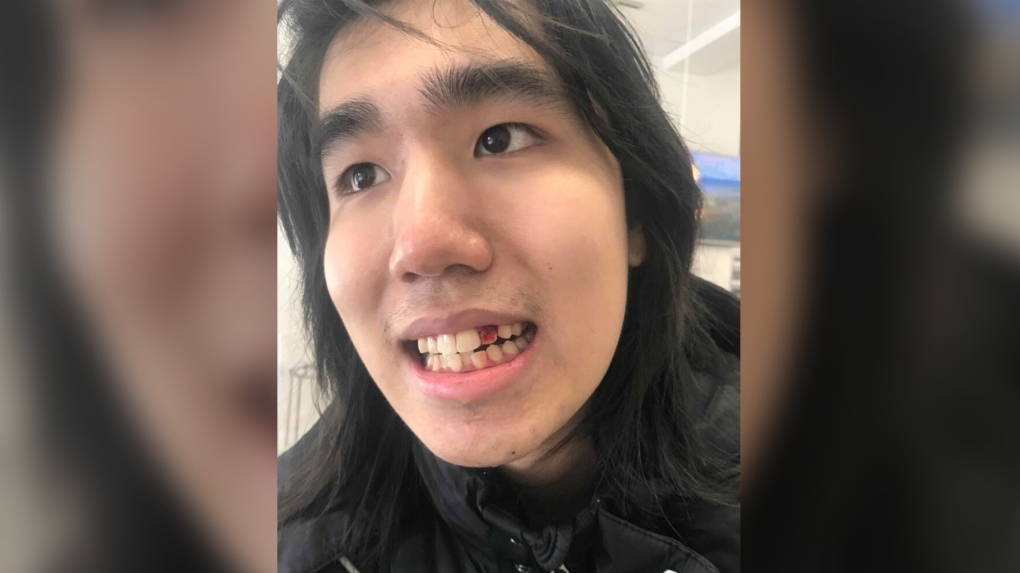 Dallas Ly, 20, is pictured in this photo distributed by Toronto police. (Handout)

Li said police are concerned for Dallas' wellbeing based on evidence they discovered inside his apartment, located on Carlaw Avenue, which he shared with his mother.

CTV News Toronto has since learned that Ly was the owner of a nail studio in Toronto called Beaute D’Amour.

On Tuesday, before Ly was identified, police released images of her nails, which are painted with a distinctive design, in the hopes someone would be able to assist detectives identify her.

An employee at the nail salon, who did not want to be identified, told CTV News Toronto he recognized the nails and that he was the person who painted them on Ly.

"I picked the colour and designed it for her," he said.

He said he gave her the manicure when they had free time, and that she was at work on Sunday when he had his day off.

He said he came in on Monday to find Ly's cellphone on one of the chairs in the salon. He said he tried calling Dallas to find out where his mother was, but couldn't reach him.

The employee said the two had a good relationship and that Ly loved her son very much. He said he was "shocked" when he saw the picture of the nails distributed by police.

A client of Ly's named Cheryl called her a "wonderful person." She said the manicurist had been in Canada for 20 years and had just opened her business in December.

"I called yesterday and was told she wasn't in, which is weird because she works seven days a week," Cheryl said.

No arrests have been made in the case.

Investigators said they would like to speak with anyone who noticed a person pushing a foldable shopping cart filled with black waste bags in the area on Monday between 10 a.m. and 1:30 p.m.