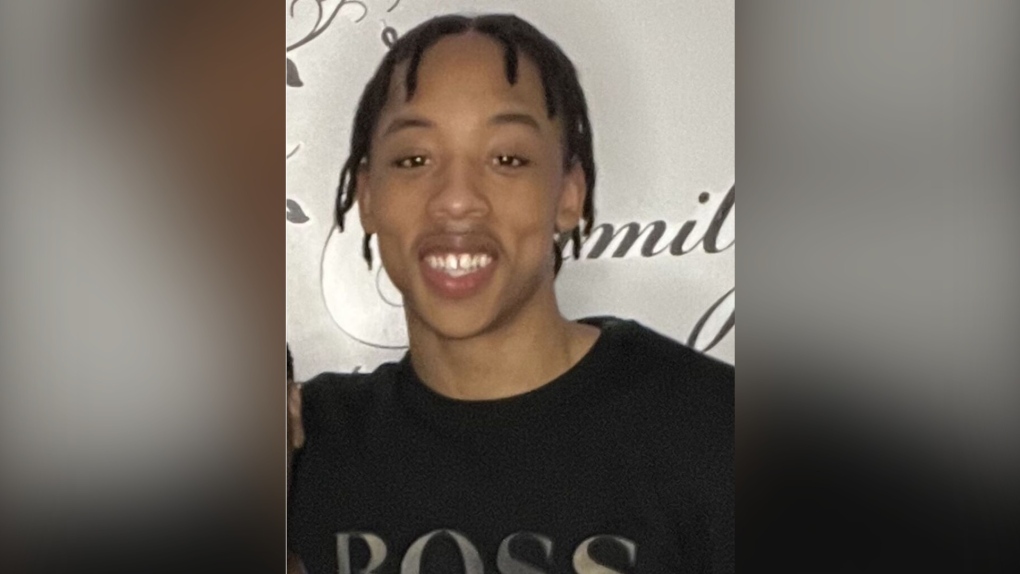 Cavonte Dimsdale, 18, is seen in this photo released by police. Dimsdale is the city's 23rd homicide victim. (Toronto Police Service)

An 18-year-old has been identified as the man killed in a double shooting in north Etobicoke Saturday afternoon.

Toronto police said the shooting occurred at a housing complex near Mount Olive Drive and Kipling Avenue just before 6 p.m.

When officers arrived, they found a man with life-threatening injuries outside the complex. He was taken to the hospital, where he was pronounced dead.

On Sunday, police identified him as Cavonte Dimsdale of Toronto. He is the city’s 23rd homicide victim.

A second victim, another 18-year-old man, was later located at a nearby community centre, police said. He was transported to the hospital with serious injuries.