Toronto Pearson Airport tested a new security portal. This is how it works

Toronto Pearson Airport tested a new security portal. This is how it works 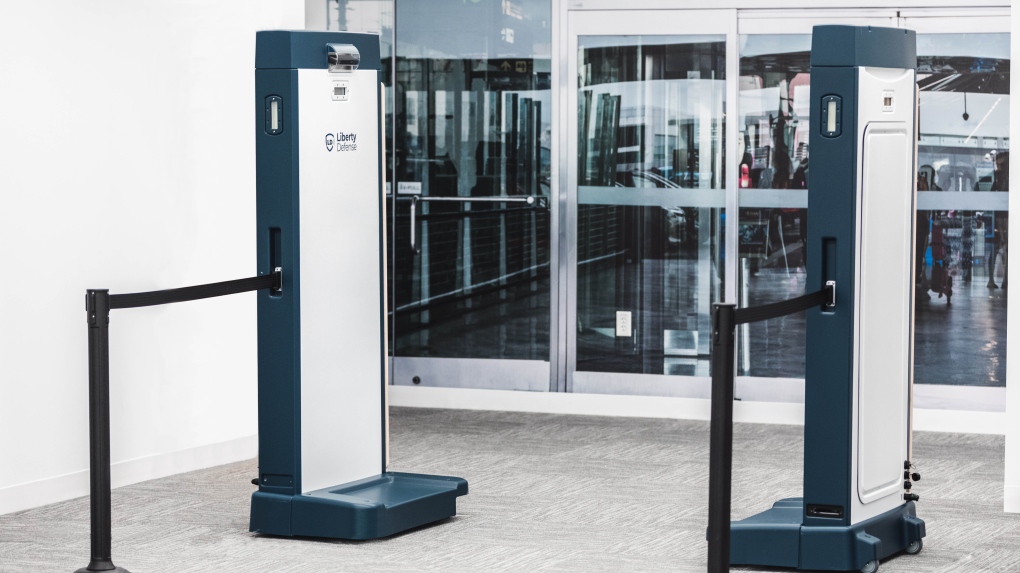 A HEXWAVE security portal is seen in this undated photograph provided by Liberty Defense.

Toronto Pearson International Airport says their new security portal has eliminated the need for travellers to remove items from their pockets.

“We are very pleased with the results of our beta testing trials to date, having screened approximately 8,000 people in total, and we anticipate reaching 10,000 screens as we plan to deploy at other beta sites,” President and CTO of Liberty Defense, Michael Lanzaro, said in a corporate update Tuesday.

Over the last two weeks, Pearson has been testing a new walk-through security scanner. Liberty Defense, the security company behind it, aims to identify concealed weapons through its technology.

“What HEXWAVE does is it provides us with that added layer of security screening, without impeding the movement of travellers coming into the airport, without slowing down [the] public, it allows passengers to keep their benign items on their person without having to divest,” Jeffrey Barrow, associate director of safety and security at the Greater Toronto Airports Authority, said in the video.

The new technology allows travellers to keep items in their pockets and avoids the removal of clothes, unlike the traditional security scanner. According to the update, HEXWAVE successfully identified metallic and non-metallic threats as people walked through, including concealed un-assembled gun parts.

Bill Frain, CEO of Liberty Defense, previously told CTV News Toronto in February the system can spot the difference between everyday personal items, like a cell phone or wallet, and a threatening object, like a gun, pipe bomb or knife.

“What we do is we’re able to detect any type of threat,” he said. “We’re really looking at any type of anomaly that shouldn’t be on the body.”

Liberty Defense confirmed testing will continue until the end of 2022 and into the new year.

Australia is removing monarchy from its bank notes

Australia is removing the monarchy from its bank notes. The nation's new $5 bill will feature an Indigenous design rather than an image of King Charles III. But the king is still expected to appear on coins that currently bear the image of the late Queen Elizabeth II.