A Toronto bicycle manufacturer has had a rough ride after a one-of-a-kind carbon fibre bicycle prototype was stolen in a break-in that surveillance video shows was over in a matter of seconds.

A thief smashed Bridge Bike Works’ window with a brick early Monday morning before rushing in to grab the $15,000 bike, which is the fifth prototype of a new model the company calls The Surveyor.

The company is hoping people keep an eye out for the bicycle and its components on secondhand websites, in case the thief tries to peddle it.

Other valuables were left alone, and the other bicycle prototypes were untouched in the back of the factory, he said. 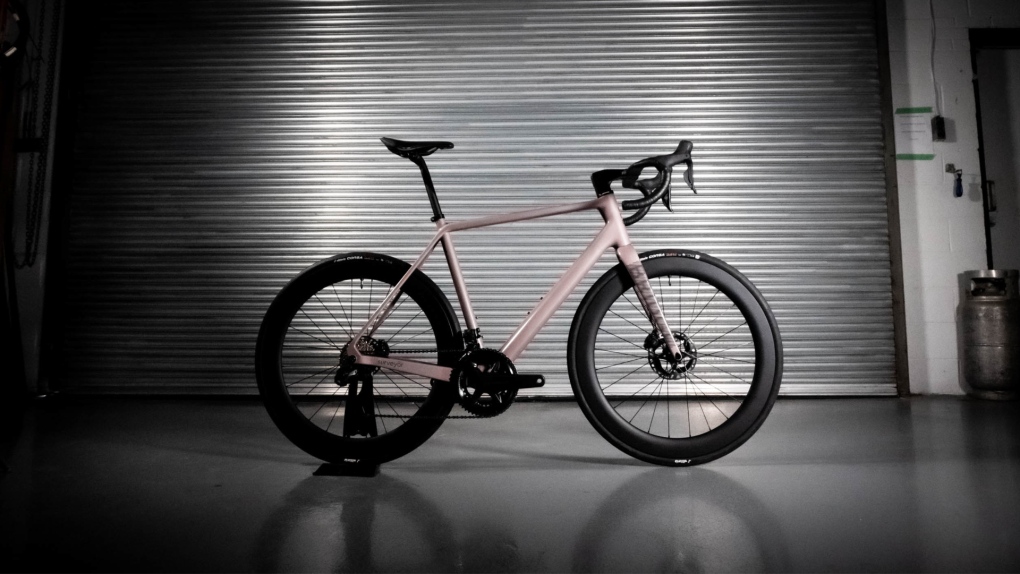 “We are very close to full production, and we’ve had a lot of positive interest. We’re just about to start building for customers. This is a proof of concept that we’re almost there,” Gairdner said.

“We’ve had a lot of jokes that a customer is tired of waiting and came and grabbed it.”

Surveillance video shows a car roll up in front of the company’s North York address. In another video, the sound of broken glass can be heard as the man rushes inside, grabs the bicycle, and starts loading it into his vehicle just 11 seconds later.

“The unique thing about this is that they clearly knew how to handle the bike. It all seemed very planned and very quick,” Gairdner said.

Toronto police are investigating the theft. And while the company is very excited about the consumer model that’s going to be available, Gairdner does want to stop the thief in more ways than one.

“We didn’t hook up the brakes. Nothing is functional. If someone is planning on riding it, we wouldn’t advise that,” he said.