Too many Toronto pot shops? Why some owners are looking to bail

TORONTO -- Like many entrepreneurs, Michael Motala was eager to take part in Canada's newly legal — and hopefully, lucrative — cannabis industry. But after less than a year of running a cannabis store on Toronto's fashionable Queen West neighbourhood, mounting competition and over-regulation are leading him to consider selling his business.

"It was an interesting experience as we were building a new business," said Motala, a Stanford University law professor who co-owns High Street Cannabis Retail with his parents. "But the space is highly restrictive and regulated to the point where it is a comedy of the absurd, if you will, with advertising and the like."

Motala has listed his retail store, which he opened in October 2020, for just under $2 million. Selling cannabis during a pandemic while adhering to a lengthy list of regulations and amid an influx of neighbouring pot stores has whittled down High Street's bottom line.

"A lot of people probably got into this thinking that it would be a gold mine, but unfortunately we're finding out that's not the case," he said. "Even on our street [near the Queen St. West and Bathurst intersection], there's three stores across from us and when we talk some tell me they make five or ten transactions a day. That's pretty much impossible to survive on."

While Ontario took a relatively cautious approach in the early days of legal cannabis stores with two lottery processes that allowed for the opening of 75 pot shops in the first year of legalization, the province has since ramped up its licensing to permit 80 stores a month. It’s also taken a hands-off approach and let the free market to determine which retailers will be successful, a process which has unwittingly created clusters of pot stores in many Toronto neighbourhoods.

There are 859 cannabis stores open in Ontario today, 163 of which are located in downtown Toronto according to the Alcohol and Gaming Commission of Ontario, the regulatory body that oversees legal pot shops in the province. If you include some of Toronto's boroughs outside of the downtown core such as East York and Etobicoke, there are 267 legal and licensed pot shops open in Canada's biggest city.

Lucas McCann, chief scientific officer at CannDelta Inc., a cannabis consultancy that has helped open about 80 stores in Ontario, said retailers in the province are facing heavy competition not only from neighbouring shops, but also from the provincially-owned Ontario Cannabis Store, which also operates the wholesale business that supplies their stores. He added some stores may be up for due to owners who got into cannabis retail to flip their outlets for a quick buck.

"There's a sense that it's better to throw in the towel now rather than wait down the road and not get what they presumed to be under market value for their store," McCann said in a phone interview. 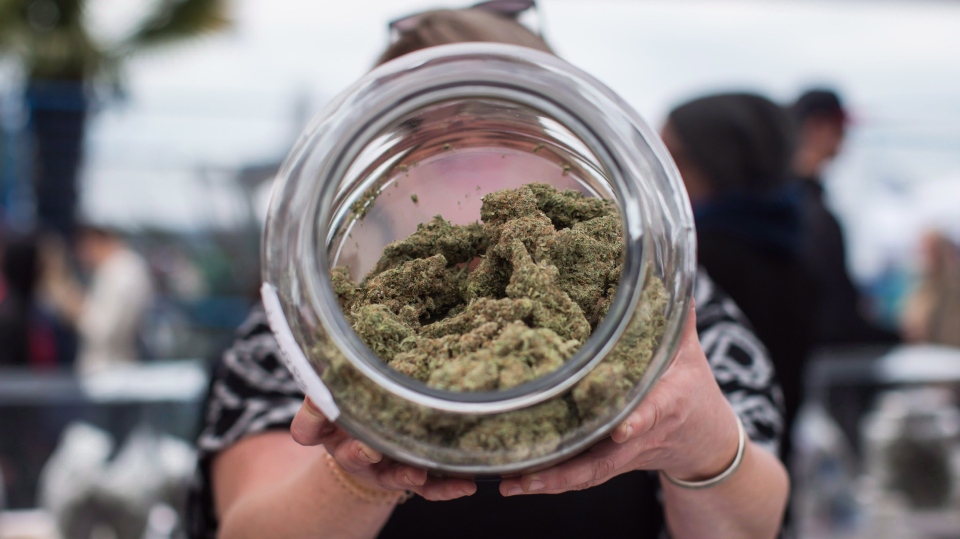 Kiaro Brands Inc. Chief Executive Daniel Petrov told BNN Bloomberg that he observed the Ontario market for a few years before acquiring seven Hemisphere Cannabis stores from former Second Cup operator Aegis Brands Inc. for just under $10 million in a stock deal. Petrov said the asking price for some of the first pot stores in Toronto was as high as $8 million per store and that he decided to wait on the sidelines after seeing how valuations in other mature markets like Colorado plummeted following the first few years of operation.

"We've said this internally for a long time, but once the haze wears off people are going to realize that you're running a retail business and it's very competitive, especially on a large scale," Petrov said. "We took our time to get in Ontario but it's going to be a bloodbath here so you have to operate on traditional metrics."

While it is unclear how many cannabis stores are up for sale, public listings on Realtor.ca show six shops in Toronto, two in Alberta, and another six in B.C. are on the block. However, the vast majority of retailer transactions are handled privately according to High Tide Inc. Chief Executive Officer Raj Grover.

"Sometimes I get [inquiries] daily, sometimes I get five requests a week, and these are all inbound. I don't have to go out and prospect for acquisitions," Grover said.

"But we don't want to just buy stores or buy companies for the sake of it. We want to buy them because they're financially strong businesses and we can improve them."

Motala still isn't fully sure if his family will sell High Street, but wants his parents to retire comfortably when they still can. If he sells, he wants to sell the store to another independently-minded operator, stating that the market is primed for larger retailers with deeper pockets that can weather future financial storms.

"My worry is that it's going to turn into the Beer Store model, where you have two or three dominant retail chains and that's it," he said. "I don't think the government put enough protection in there for the little guys."