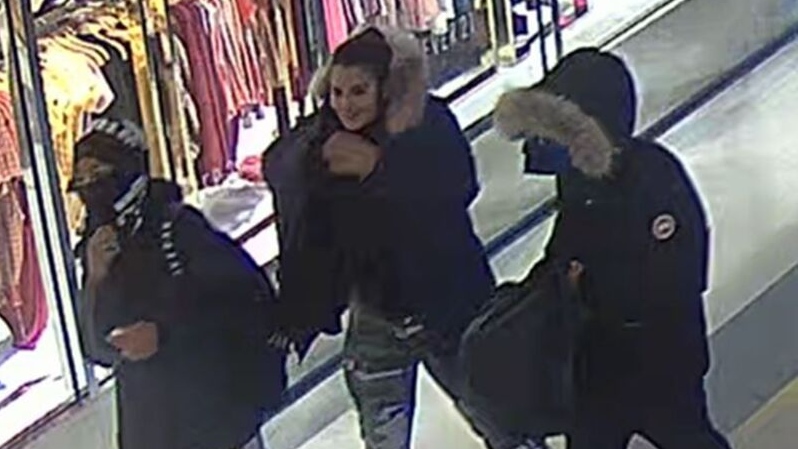 Toronto police said they are seeking the public’s assistance in identifying the three men and one woman wanted in the two incidents.

Police said that on Nov. 14 at around 6:07 p.m. officers responded to a call about a robbery at the shopping centre.

It was reported that a 19-year-old man was about to get into his car after shopping with his friends when he was approached by another man.

The man, who had his hand concealed in his jacket, made a demand for the teen’s “personal items,” police said. The teen complied and fled the area.

The second incident occurred that same day at around 6:10 p.m. 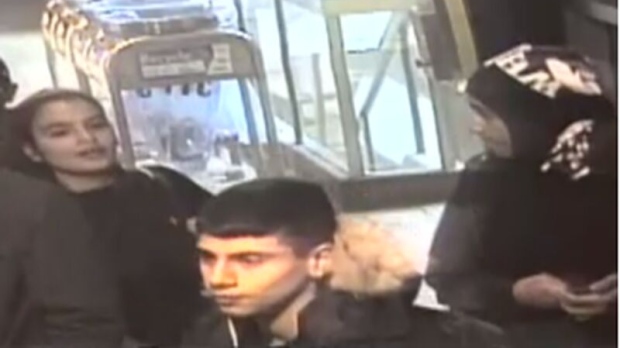 Police said a 22-year-old man was standing on a TTC bus platform when he was approached by two men with their faces covered.

One of the men grabbed the victim, made a threat and ordered the victim to give him his jacket, police said. The victim was able to break free and get on a TTC bus eventually.

The first male suspect is described by police as appearing to be between the ages of 19 and 22, five-foot-nine, and clean shaven. He was wearing a black jacket, a black backpack, a black and white scarf covering his face, a black toque, sweat pants and brown boots.

The second male suspect is described by police as appearing to be between the ages of 19 and 22, five-foot-eight, clean shaven and had short black hair. He was wearing a black Canada Goose winter jacket, black pants, black shoes and a black backpack.

The woman is also believed to be in a similar age range as the two other suspects, is five-foot-eight and has long straight black hair tied in a ponytail, according to police. She was wearing a black Canada Goose jacket, black shirt, green camouflage pants and white shoes.

The third male suspect is described by police as brown, also between 19 and 22 and was wearing dark clothing.

Police are asking the public to now approach the suspects if located because they are believed to be armed, violent and dangerous.