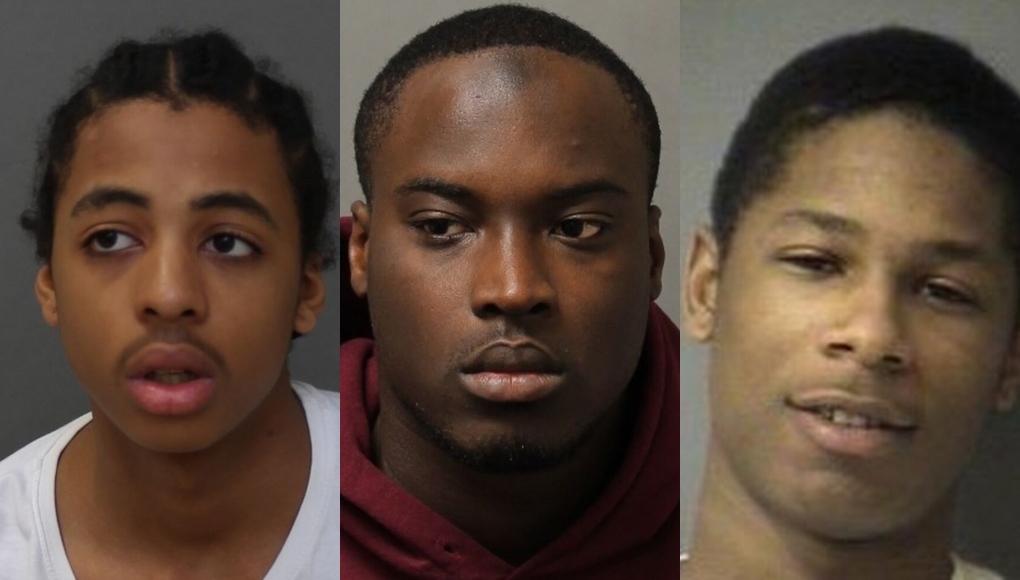 TORONTO -- Toronto Police Services (TPS) have arrested three men and are searching for three more in connection with a shooting at a local memorial on June 9, 2020.

It is alleged that, on the evening of June 9, a large crowd was gathered at 55 Beverly Hills Drive for the memorial of Demarjio Jenkins, a local hip-hop artist known as Houdini, when a vehicle travelling west on Highway 401 drove on the curb lane directly alongside the gathering.

According to TPS, at least one occupant from this vehicle fired gunshots, causing at least nine people in the parking lot to then brandish and discharge firearms in the direction of Highway 401, lasting for approximately 45 seconds.

As a result of the following investigation, Toronto Police Services have placed three individuals under arrest and charged them.

Traequan Mahoney, 21, and Gaddiel Ledinek, 25, have both been arrested and charged with one count of discharging a firearm with intent to wound, possession of a loaded prohibited or restricted firearm, unauthorized possession of a firearm and failing to comply with a release order.

Maurice Donegan, 37, was arrested and has been charged with one count of discharging a firearm with intent to wound, possession of a loaded prohibited or restricted firearm and unauthorized possession of a firearm.

According to TPS, three men have been identified as suspects involved in the 2020 shooting, but remain at large.

Javontae Johnson, 19, of Oshawa, Terrrell Burke Whittaker, 25, of Brampton and Glen Danchie, 30, of Toronto all currently have warrants out for their arrest.

Police are appealing for information from the public that may lead to the arrest of Johnson, Whittaker, and Danchie.

TPS belives that there are other individuals involved in this shooting incident who have not yet been identified.