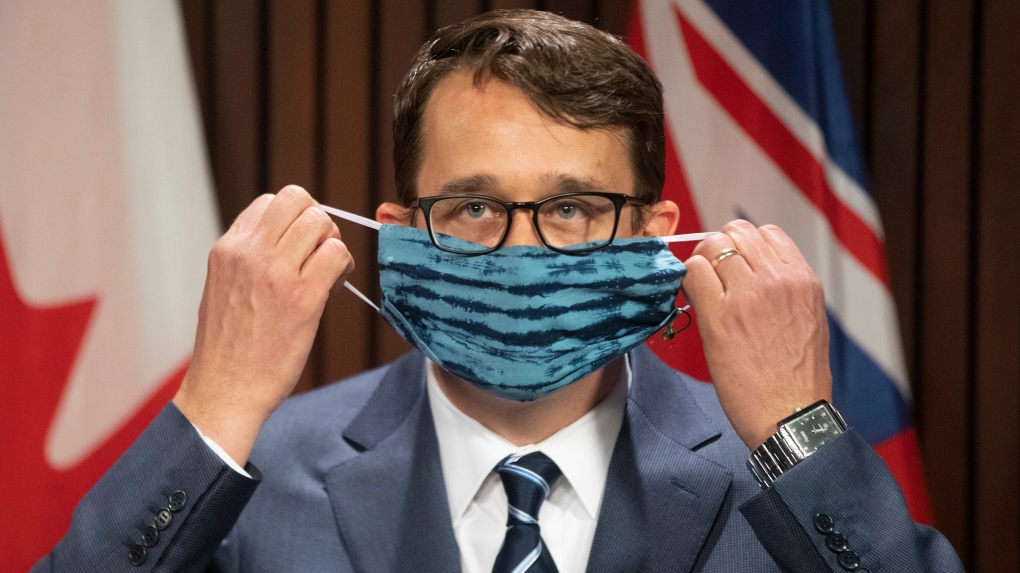 Ontario Labour Minister Monte McNaughton removes his mask as he takes to the podium during a news conference in Toronto. THE CANADIAN PRESS/Chris Young

TORONTO -- The Ontario government is set to push new legislation that would require temporary help agencies and recruiters to obtain licenses in order to operate.

Labour Minister Monte McNaughton made an announcement on Monday, outlining the legislation he plans to propose.

Under the proposed legislation, temporary help agencies and recruiters would be vetted before being issued a license to operate. Applicants would need a letter of credit that could be used to repay owed wages to workers.

Over the past year, the Ministry of Labour has been investigating farms, retirement homes, food processing and warehousing facilities, finding more than $3.3 million owed to employees. He said about half of that has been recovered.

“They also found recruiters charging workers illegal hiring fees, and then clawing back their pay. This ends now. It's time we return these stolen paycheques to the workers who earn them,” McNaughton said.

The minister said employers who used “deceitful recruiters” could be required to repay workers for illegal fees charged.

“We are taking these steps to help vulnerable workers, mostly young people, women, migrant workers and newcomers, for being exploited by unethical agencies,” he said.

The province is planning to hire a team of officers that will focus on cracking down on the sector, particularly those exploiting and trafficking domestic and foreign workers.

If passed, the government is aiming to require licenses as early as 2024.