'The opportunities are endless': These are the tools Ontarians are using to make some extra cash 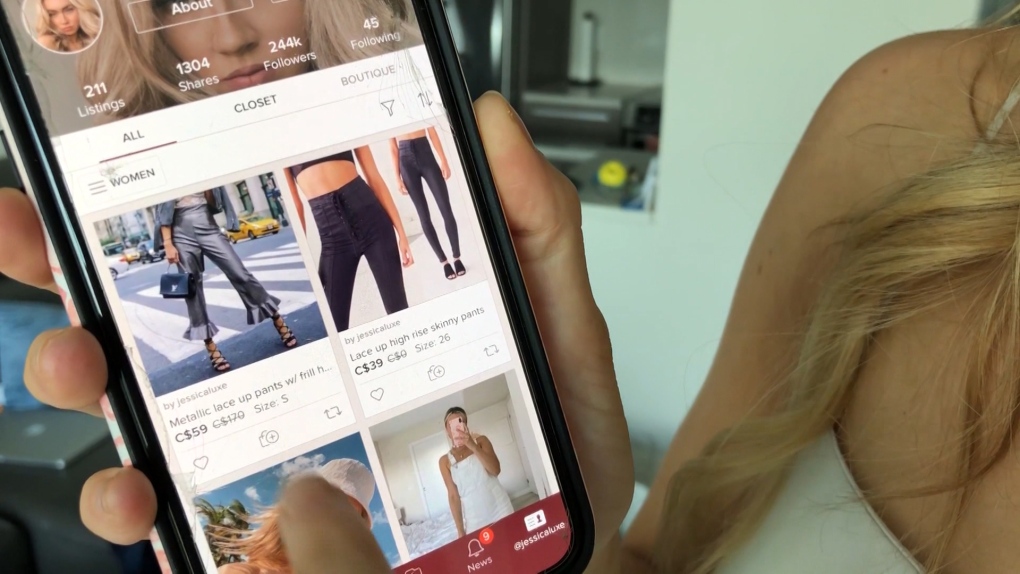 People all across Ontario are getting creative when it comes to netting a secondary income, otherwise known as a “side hustle,” and many are turning to secondhand economies thriving on online platforms.

Sylvia Booth, an Oshawa resident, recently started a business selling items on Poshmark, an app developed to buy and sell secondhand clothing and homegoods, despite holding a position at the same company for nearly 25 years.

“I've always sort of liked to make a little money on the side,” Booth told CTV News Toronto Wednesday.

“I happened to come across Poshmark and I sold something [on it] that I was having a hard time selling on Facebook Marketplace within a week,” she said.

“Then, I went through my house and started finding things, and things just kept on selling, so I ended up turning it into this lovely side business.”

At the time of publication, she says she’s sold over 3,500 items, paid off a portion of her debts and made enough money to renovate part of her home.

“It's been a wonderful addition to my life. I never expected it to be so successful.”

“Myself and my partner, Dylan, decided to start a business because we both wanted to supplement our income – one source of income isn't as viable of an option as it used to be,” McWhinney told CTV News Toronto Wednesday.

“Social media has given us avenues of connecting with our target audience at little to no cost,” she said. “I don’t think we could’ve started when we did without these platforms”

A survey from Simplii Financial conducted in March 2022 found that many Canadian women are taking on “side hustles” in an effort to net a secondary source of income.

It found, of the 776 online Canadian women aged 18 and older surveyed, 90 per cent of those aged 18 to 34 are interested in exploring opportunities to earn money outside of their day job. Across all age groups, that number decreased to 76 per cent.

However, the survey also highlighted that more than one in three women (39 per cent) flagged start-up capital as a barrier to pursuing a side hustle – something virtual platforms help alleviate.

“We could have put all of our [intial] resources into building a website, it would have taken a lot more financially to get to the point at which we are now,” McWhinney said of her decision to start her business solely on social media.

“It’s been a huge point of engagement for our platform,” she said, noting that users are starting businesses, selling secondhand items, and looking for side gigs using the app.

“I think, as the economy gets worse, as inflation rises, this is a real need for people, but you also see people doing it with this kind of community wrapped in.”

When asked what advice she would give to those who wanted to start their own businesses online, McWhinney said that basic technical skills will help you find success online.

“You should familiarize yourself with basic marketing, editing and photography, as that will save you time and money in the long run,” she said.” And know your audience – it doesn't matter how good the quality of your work or content is if you don't know how to reach or connect with them.”

Booth says, on Poshmark at least, sellers will get out of it “what they put into it.”

“The opportunities are endless and the amount of work that you put into it will certainly pay off.”

More than a month after Canada reported a shortage of baby formula for allergic infants, Health Canada says supplies will continue to be limited during the summer even with new shipments on the horizon.