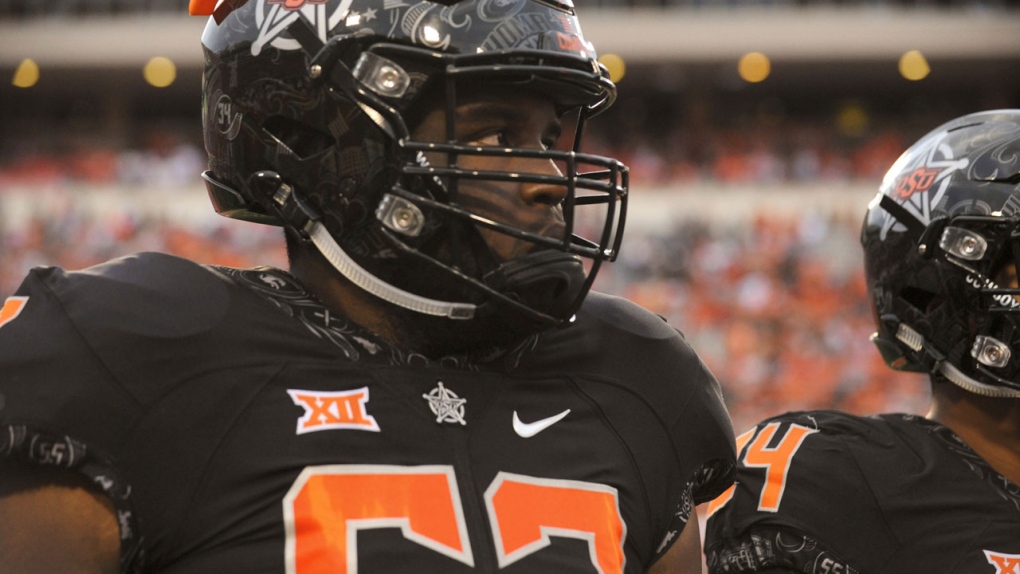 TORONTO -- Shane Richards has no shortage of things to deal with as he prepares for his first CFL training camp. Thankfully, the prospect of going out on strike isn't among them.

On Wednesday, the CFL and CFL Players' Association reached a tentative deal on a new collective bargaining agreement. The contract is still pending ratification by the players but veterans will report Sunday when training camps open.

Had the two sides not reached a settlement prior to Saturday, players on the Argonauts would hace been in a legal strike position May 23. So, four days into Richards' first camp with Toronto -- which selected the Oklahoma State University tackle first overall in the CFL draft May 2 -- the hulking six-foot-six-foot-eight, 334-pound Calgary resident would've gone from the offensive line to a picket line.

Fortunately, that appears all moot now.

"Being a rookie, I don't really know much about how that (CBA) really affects me right now," Richard said. "I'm just kind of happy we get to play football now.

"I did think about it (CBA situation). I'm so glad not to be in that position."

And with good reason. These are busy days for Richards.

He's back in Toronto after a two-day drive from Stillwater, Okla., where he went to gather his belongings from school. In addition to his last-minute camp preparations, there's still the matter of finding a place to live in a new city and getting acclimated with his surroundings.

Fortunately, Richards has his parents and girlfriend with him, at least until Sunday when they return home. But Richards will still have family support as an uncle, aunt and cousin also call Toronto home.

Richards, who was born in Jamaica but grew up in Calgary, has gone through this before. He attended junior college in New Mexico before making the trek to Stillwater.

"I think I've been in this position before where I'm moving to a new city and new team," he said. "I'm going to come in and try to catch up as fast as possible and compete."

The Argos didn't hold a rookie camp so Richards won't have that benefit when he reports to training camp.

"It would've helped me with the playbook and trying to get up to speed," Richards said. "But I'm excited to get to camp, it just means it's time to go harder and try to get up on things faster and get used to the game faster.

"I don't think I'm nervous yet (about camp). But once we have the first practice and everything is up and going, I'll probably feel it then."

Richards will offer Toronto options on its offensive line. He said during his college tenure he played left and right tackle and guard and even took snaps sometimes in practice.

"Any position they put me at I'll be comfortable playing," he said.

Richards understands the weight of expectation he'll carry upon his massive shoulders during camp. After all, there's a reason why Toronto took him with the first overall pick.

But Richards isn't feeling very much pressure as he embarks on his pro football career.

"A little bit, but not really too much," he said. "I know now people will be looking at me and everything I do so it puts much more of an emphasis on doing well, to be honest.

"But I can only do what I'm allowed to do. I'll compete and do the things I know how to do and just focus on that."