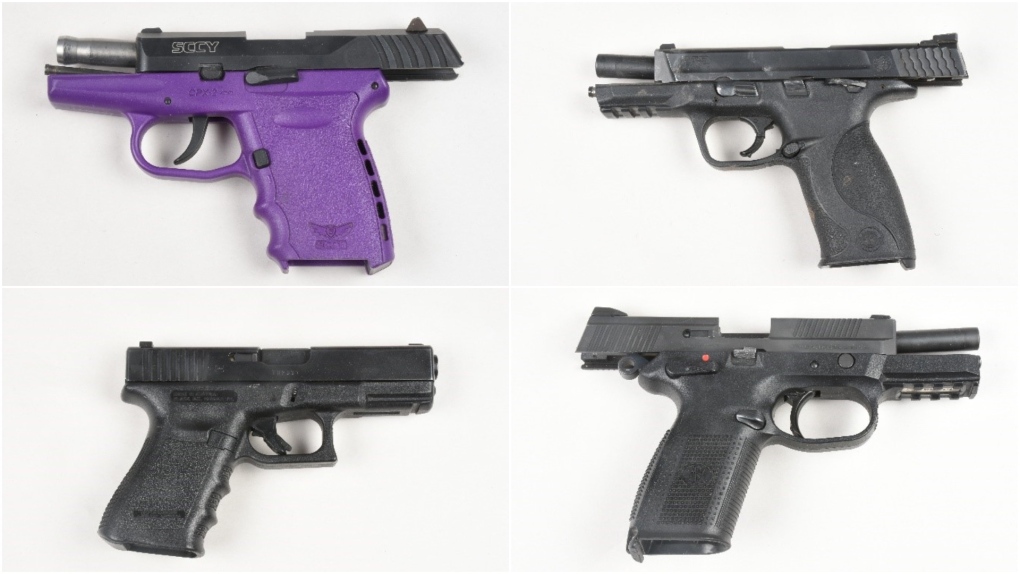 TORONTO -- Ten people are facing charges after four firearms were recovered in Mississauga.

Peel Regional Police began an investigation into the illegal possession of firearms in late 2019.

Ten people from across the Greater Toronto Area were taken into custody in connection with the investigation. They are facing a combined 67 charges.

Few other details have been released by police about the investigation and the charges laid.

In a news release issued Sunday, Peel Regional Police Chief Nishan Duraiappah said the investigation was “an excellent example of the commitment” of his officers.

“The tenacity shown by officers in this investigation is an excellent example of the commitment of our officers, in removing illegal firearms from our streets” he said. “The safety of our community in Peel Region will always be the number one priority for us and without a doubt, the seizure of these firearms and arrests of these individuals will mitigate continued risk in our Region.”