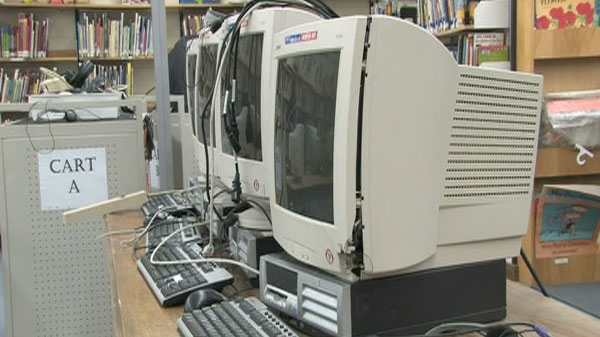 Two teens are under arrest and hundreds of young students are home from school Monday after vandals damaged several classrooms at an elementary school in Acton, Ont. overnight.

A notice on the school’s website said 11 of the school's 19 classrooms were damaged during the break-in. The vandals also hit the school library, causing extensive damage to the computer lab.

Several windows were broken and supplies were strewn everywhere, according to the school principal.

Police are expected to remain there throughout the day collecting evidence.

The school's bus service and the YMCA after-school program have both been cancelled for the day. The school is expected to reopen Wednesday morning with a 9:15 a.m. assembly.