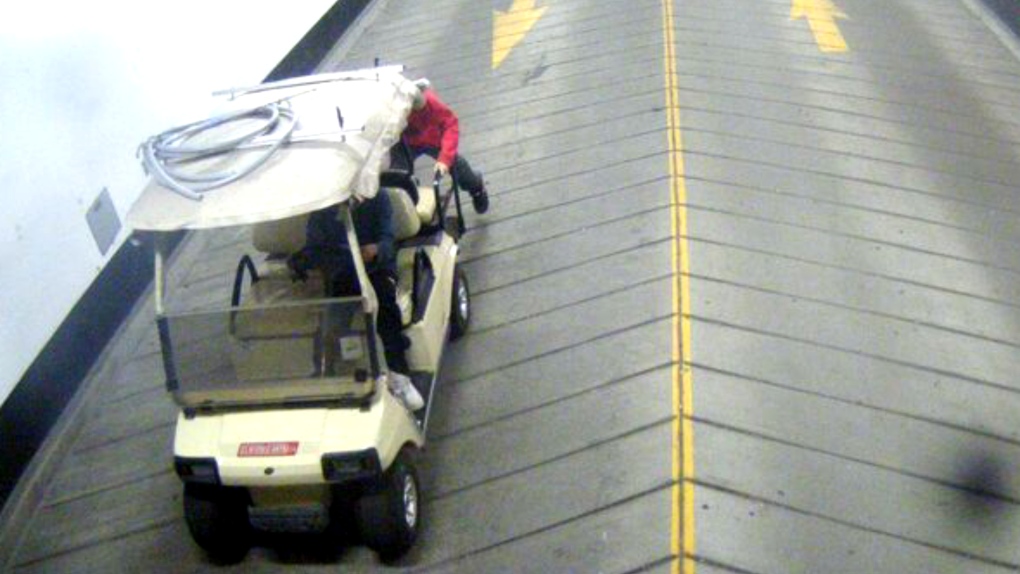 Two people are seen operating a golf cart in a Toronto parking garage in the summer. (Toronto Police Service)

Two golf-cart bandits remain on the lam more than two months after a pint-sized vehicle was taken from a Toronto tourist hotspot, police said Tuesday.

Two men were captured on surveillance video entering the underground garage of Harbourfront Centre in the early morning hours of Aug. 25, Toronto police said in a news release. 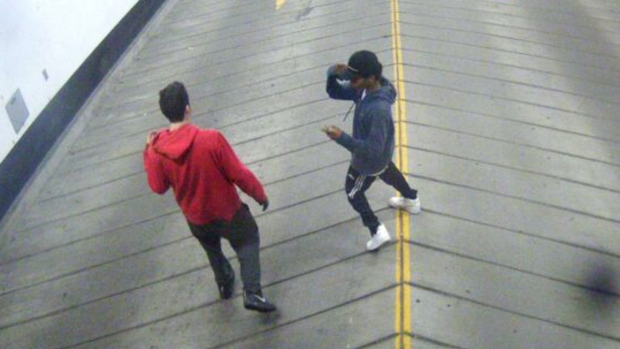 “They started a golf cart and drove away in an unknown direction,” the news release stated.

Investigators “exhausted their other avenues” and still could not catch the thieves, Const. Victor Kwong said in explaining why the news release was issued more than two months after the golf cart was taken.

While police say the pair is accused of taking one golf cart, one of the several surveillance images released Tuesday appears to show one of the men driving a second tiny vehicle at some point in the garage. 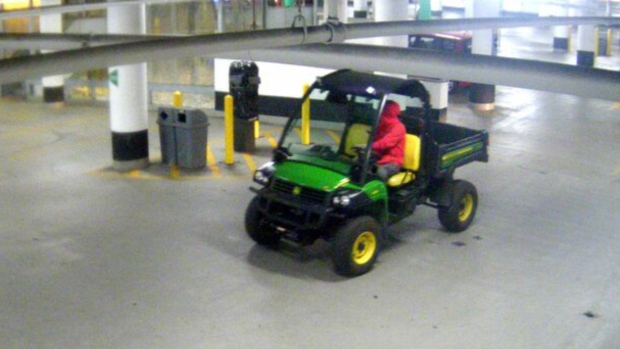 Kwong did not have further information about the second vehicle.

Anyone with information is asked to call investigators at 416-808-5200. Anonymous tips can be left through Crime Stoppers.