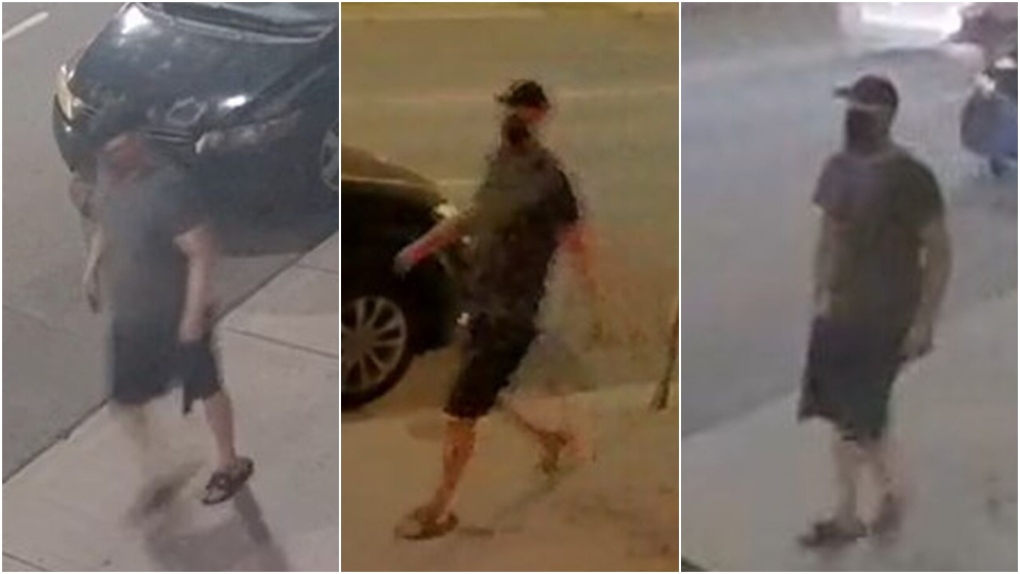 A man who allegedly spray painted hateful graffiti on a number of buildings in Leslieville this weekend is wanted by police. (Toronto Police Service)

TORONTO -- Toronto police are looking for a man who they say spray painted hateful graffiti in Leslieville this weekend.

Officers were first called to the area of Eastern and Knox avenues at 12:50 p.m. on Saturday. Some six hours earlier, investigators said that a man was in the area and spray painted “hate-related” graffiti on the front of three buildings.

The suspect is described as standing six-feet tall and weighing 220 lbs with a heavy build.

“After consultation with the Service's specialized Hate Crime Unit, the incident is being investigated as a suspected hate-motivated offence,” police said in a news release issued Thursday.