Strong winds cause power outages across the Greater Toronto Area

Strong winds cause power outages across the Greater Toronto Area 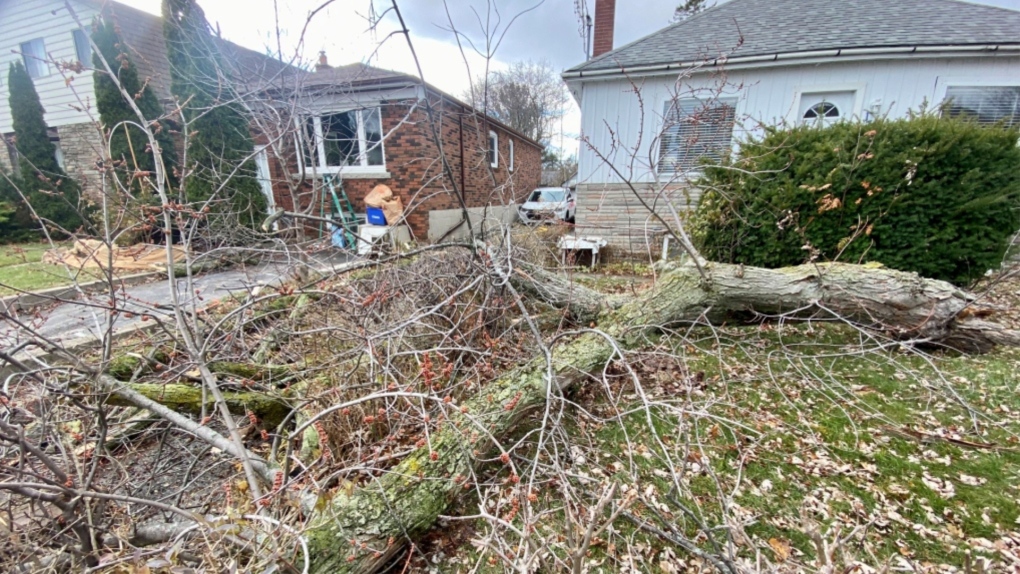 A tree has fallen in Toronto due to powerful wind gusts in the city on Dec.3, 2022. (Francis Gibbs/CTV News Toronto)

Parts of Toronto’s downtown area were left without power Saturday afternoon as strong winds passed through most of southern Ontario.

Toronto Hydro said there was a big power outage in the city’s Esplanade area, specifically on Shuter Street south to Lake Ontario and on Yonge Street east to Cherry Street.

According to a map on Toronto Hydro’s website, the outage affected up to 5,000 customers.

At around 2:30 p.m., Toronto Hydro said the power had been restored to most customers.

Outage update: the majority of customers has been restored. Crews continue to work on bringing back power to the remaining customers.

Toronto police were also warning residents about various hazards in the city.

Police say a sign and pieces of metal fell in the area of Yonge and Shuter streets, and a tree and hydro wires were on the road at Lake Shore Boulevard and Colborne Lodge Drive.

There were also reports of debris falling in the area of Adelaide and Peter streets.

Fallen trees and wires were also reportedly on the ground in the areas of Montgomery Road and Oak Hampton Boulevard, Lynngrove Avenue and Princeton Road, and Sherbourne and Carlton streets.

Police are urging drivers and pedestrians to use caution and expect delays in all of those areas.

Meanwhile, a map on Hydro One's website said there were more than 300 outages across the province affecting at least 38,000 customers at one point Saturday afternoon.

The outages were caused by powerful wind gusts hitting most of southern Ontario on Saturday, which prompted Environment Canada to issue a wind warning.

“Westerly winds gusting to 90 km/h are expected this morning through the afternoon in the wake of a strong cold front,” the national weather agency said. The wind advisory for Toronto ended shortly after 4 p.m. 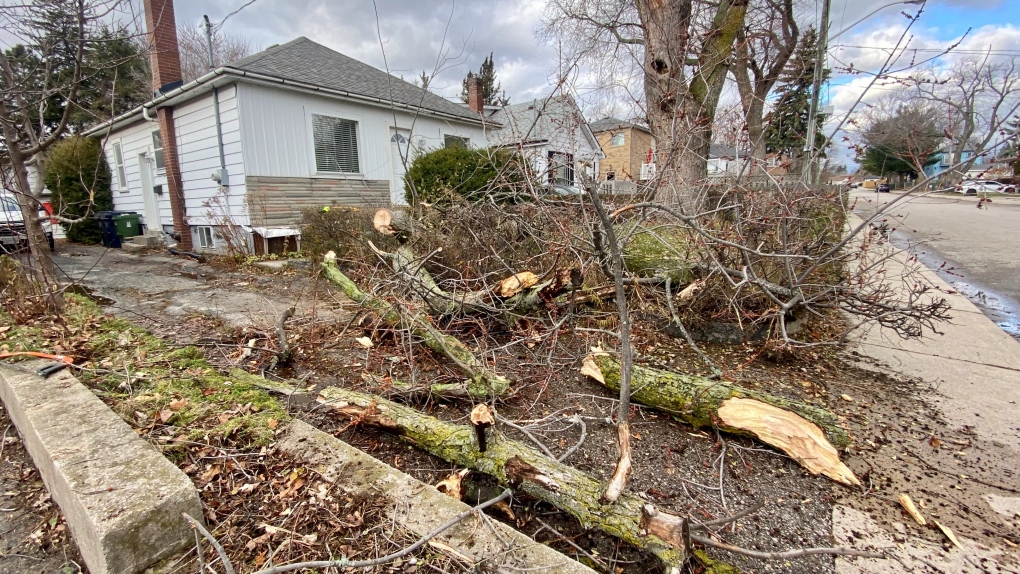 Winds are expected to ease from west to east Saturday evening.

On Friday, Environment Canada issued a special weather statement for most of southern Ontario due to the powerful winds.

The weather agency warns that gusty winds can damage soft shelters, tents and awnings at outdoor events. Loose objects could also be tossed by the wind and utility outages could occur.

A high of 9 C is expected today with the temperature falling to 1 C this afternoon and a low of minus 5 C.

Saturday is also expected to be cloudy with a few rain showers set to end this morning and a 60 per cent chance of flurries throughout the day.