Snow squall warnings in effect for parts of the GTA 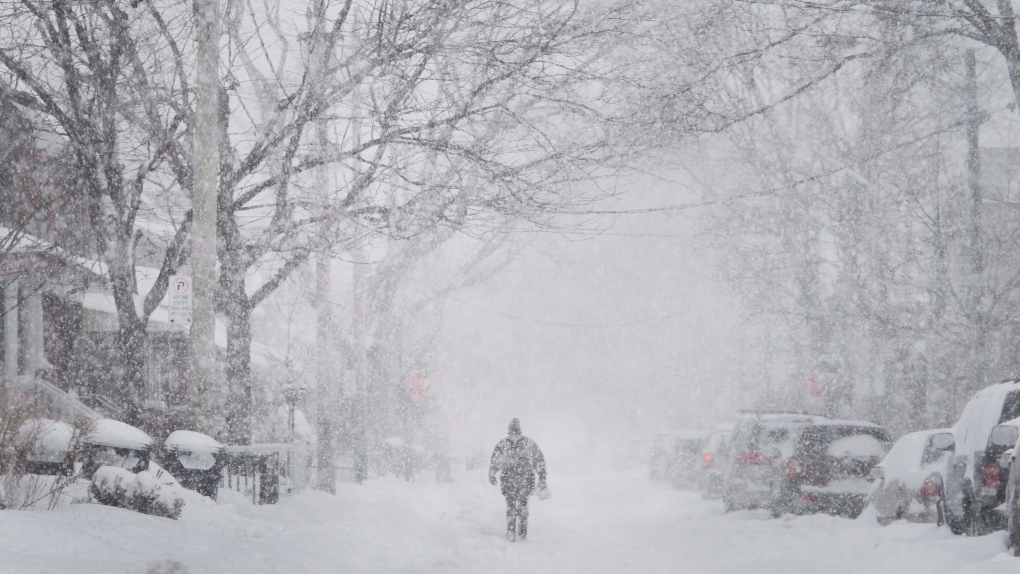 A man walks up the middle of a street in Toronto as a snow storm hits with strong winds and heavy snow on Monday, February 2, 2015. THE CANADIAN PRESS/Darren Calabrese

Snow squall warnings are in effect for parts of the Greater Toronto Area as heavy wind gusts continue to blow through the area, making driving conditions difficult in some areas.

The weather agency said heavy snow and blowing snow could be seen in those areas this evening and into Tuesday along with rapidly accumulating snowfall amounts of more than 15 cm within 12 hours.

“Rapidly accumulating snow could make travel difficult over some locations. Travel may also be hazardous due to very low visibility and bursts of heavy snow and blowing snow,” the weather agency said in its warning.

At around 9:45 p.m., Ontario Provincial Police said they were observing “deteriorating weather conditions” on Highway 427 and advised people to avoid the area if possible.

York Region said earlier Monday evening that it was declaring a “significant weather event” for Regional roads based on warnings for blizzard conditions.

Caledon is also under a winter weather travel advisory from Environment Canada.

The City of Toronto sat under a special weather statement advising of strong winds for much of the day, but the advisory ended late Monday.

An overnight a low of -4 C is expected in the city, though it will feel more like -10 with the wind chill.

That wind chill factor is expected to continue through much of Tuesday, rising to a wind chill of -4 in the evening and then dipping back to -10 overnight into Wednesday.