TORONTO -- The province’s police watchdog has invoked its mandate after a teenager suspected of robbing a bank in Mississauga sustained a gunshot wound following an interaction with police.

The incident occurred around 4 p.m. at an HSBC bank in the Mississauga Chinese Centre, near Dundas Street and Haines Road.

Speaking at the scene Tuesday evening, a spokesperson for the Special Investigations Unit (SIU) said that officers were in the area conducting a separate investigation when a civilian approached them about a robbery in progress. 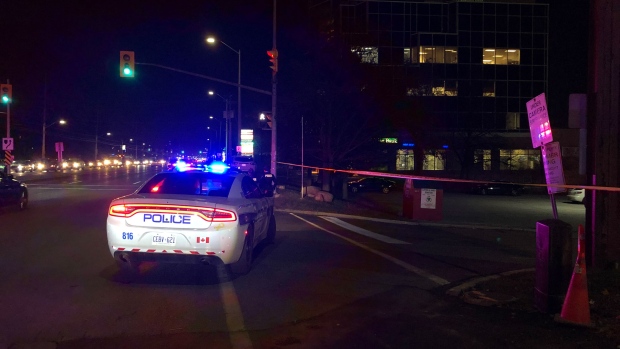 “Soon after officers entered the bank, there was an interaction with a male person. One officer discharged his firearm and the male was struck,” Monica Hudon said.

Hudon said the male, who is 16 years old, was rushed to a trauma centre for treatment and is now in stable condition.

According to investigators, the male who was in the bank had a firearm. It is not yet known if that firearm was used in the alleged bank robbery or during the interaction with police.

“Understanding exactly what transpired between police and the man is what the SIU are investigating,” Hudon told reporters. 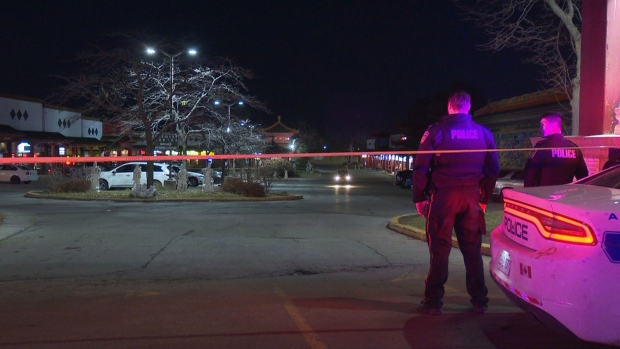 Earlier in the day, Toronto police Const. Sarah Patten told CP24 that upon arrival at the scene, an officer “confronted” a young person inside the bank.

Patten said the suspect is in custody.