Seventy people are facing charges and more than 60 vehicles are now chained in impound lots around the GTA after a springtime crackdown against organized stunt driving by multiple police services.

CP24 viewers documented multiple occurrences this past spring, including a major gathering in North York in April where fuel was poured on the roadway and set alight. 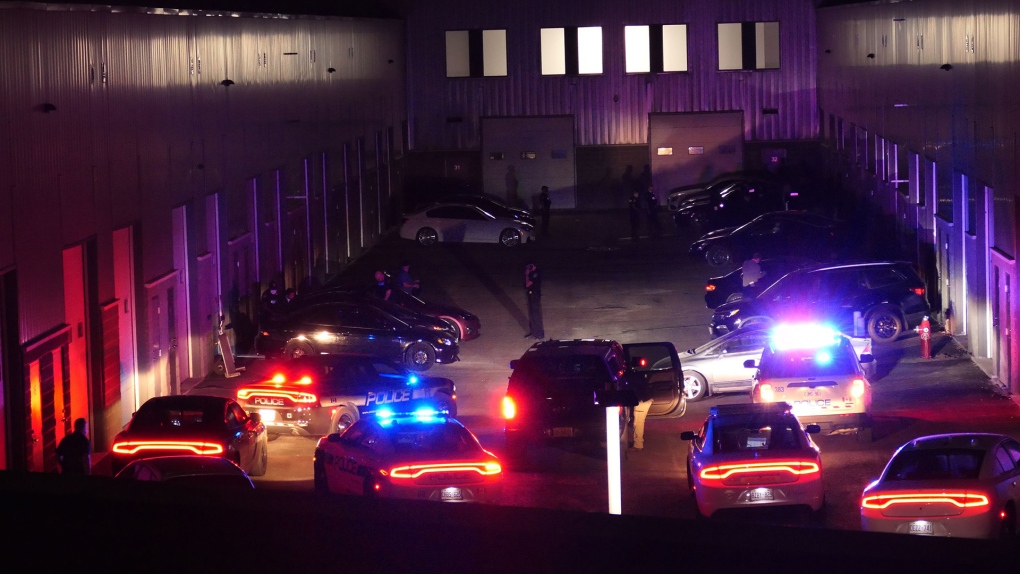 Peel Regional Police Chief Nishan Duraiappah told reporters the probe was not meant to target people who merely enjoy cars and car culture, but those blatant habitual scofflaw drivers who meet in groups.

“We are not targeting car enthusiasts; we are targeting individuals who engage in high risk driving behaviour that will not be tolerated,” he said.

Investigators said they used “covert and overt” means to surveil drivers, and at times employed a helicopter to watch over them.

“This project was intelligence-led, using an investigative approach, aimed at dismantling these groups and disrupting the dangerous activities occurring across the GTA,” York Regional Police said Tuesday.

Investigators added they used drones at certain points during the investigation to document who attended different car rallies and used images to identify drivers for arrests later.

During the project, dubbed “Takeover” by investigators, 70 people were charged with a mix of criminal and provincial offences, 61 cars were seized and the licenses of 57 drivers were suspended.

OPP Deputy Commissioner Rose DiMarco said the relative emptiness of streets and highways during the COVID-19 pandemic led to a huge spike in speeding and street racing across the province.

She said OPP officers laid 8,000 street racing charges in 2020, the most in any year since street racing legislation was enacted in 2007.

Police said they will continue to monitor street racing activity and asked community members to contact them whenever dangerous motor vehicle activity is seen.

Canadian airlines and airports claimed top spots in flight delays over the July long weekend, notching more than nearly any other around the world. Air Canada ranked No. 1 in delays on Saturday and Sunday, according to tracking service FlightAware.

A pair of new reports from the Bank of Canada point to rising inflation expectations by Canadian businesses and consumers. In its business outlook survey released Monday, the central bank said businesses' expectations for near-term inflation have increased, and firms expect inflation to be high for longer than they did in the previous survey.

An 'incredibly ill-advised stunt' is being investigated by the Toronto Transit Commission after video emerged of two masked men carrying Canadian flags while surfing on top of a train.