More than 200 stolen cars have been recovered and 28 people have been charged, including an unspecified number of Service Ontario employees, in connection with the dismantling of three auto-theft based criminal organizations that operated out of Ontario and Saskatchewan, police say.

According to the Ontario Provincial Police, a 22-month investigation, titled Project MYRA, began in September 2020 after police uncovered an auto theft network they allege was modifying stolen vehicles’ identification numbers (VINs) in order to sell them.

As a result of the investigation, police said they recovered 215 vehicles they say are worth more than $12 million. According to investigators, about 37 per cent of the vehicles recovered were Acuras or Honda.

“A wide range of stolen vehicles have been recovered, including high-end vehicles,” OPP Deputy Commissioner Chuck Cox told reporters at a news conference on Thursday. “Some vehicles recovered by the investigative team has been linked to other criminal activities.”

In total, police said 28 people were charged, including employees with Service Ontario.

The Ministry of Public and Business Service Delivery, which is responsible for Service Ontario, would not give out any specifics Thursday about the charges against its employees when contacted by CP24.com.

“The ministry takes these matters extremely seriously and is working with law enforcement to support their investigation,” ministry spokesperson Ellen Samek said in an email. “We do not speak to matters that are part of an active police investigation or matters before the court.”

The ministry would not say how many employees have been charged, whether they are still with Service Ontario and what safeguards are in place to prevent criminal activity at the government agency.

Of those charged, 26 are from Ontario, while two are from Saskatchewan.

The suspects’ ages range from 27 to 59 and they are primarily residents of the Greater Toronto Area, however some of the accused were also from Stoney Creek, Kitchener, Caledon, Bradford, and Gravenhurst.

In total, just over 240 charges were laid. The offences vary and include using a forged document, trafficking in property obtained by crime, fraud over $5,000, possession of a weapon for a dangerous purpose and breach of trust. 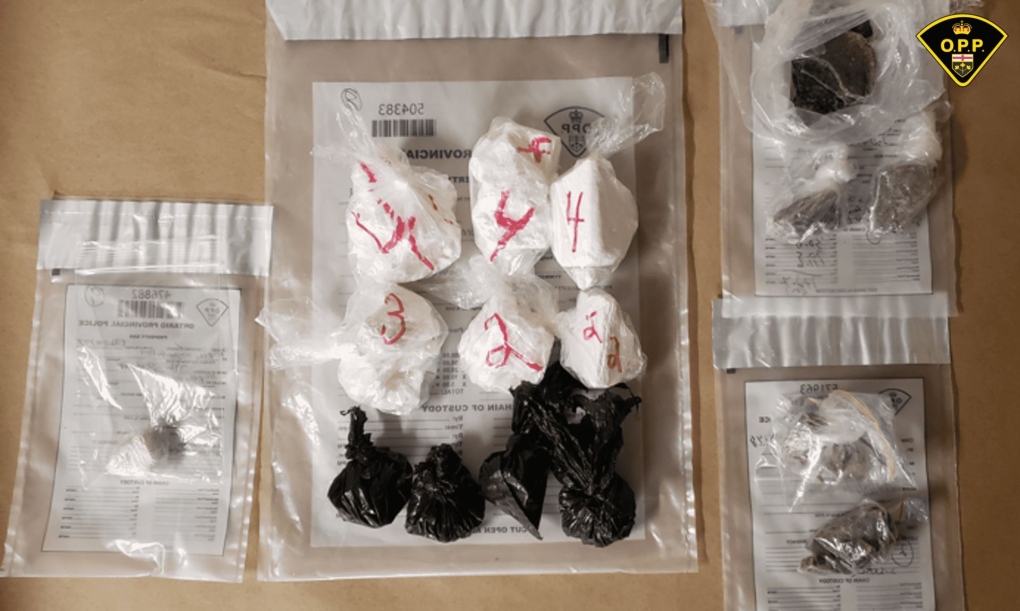 “This investigation has not focused on petty vehicle theft. The accused have utilized these fraudulently registered vehicles to participate in criminal activities,” OPP Det. Insp. Andy Bradford said.

Ontario Provincial Police said the joint investigation resulted in the dismantling of three criminal organizations allegedly involved in the fraudulent modification and sale of stolen vehicles.

The first was based in Peel Region and was responsible for altering VINs from vehicles stolen in Ontario and then reselling them, police said.

The second was based in Durham Region and Toronto, police said. This network is alleged to have fraudulently registered stolen vehicles in Saskatchewan, transferred fraudulent vehicle documents to Ontario, registered the vehicles and resold them to various individuals. Police say these vehicles were also sold to other criminal networks.

The remaining organization was based in York Region and dealt primarily with high-end stolen vehicles, police said.

“By modifying the VINs of these vehicles, these criminal organizations were able to fraudulently register the vehicles and take advantage of consumers who may have unknowingly purchased a stolen vehicle,” Cox said. “Citizens of Ontario deserve to have peace of mind when it comes to making a purchase as large as a vehicle.”

“We want to take this opportunity to remind everyone to be extremely cautious when purchasing a used vehicle. If any part of the transaction or anything leading up to the transaction seems suspicious, do not provide funds and contact law enforcement.”

Five of the accused remain in custody while the remaining 23 suspects are set to appear in court in July and August.

Ontario police forces warned they are seeing a spike in vehicle thefts in recent months. In addition to a string of violent carjackings, vehicle owners have also seen their property removed from their driveways in the middle of the night.

#OPP in collaboration with Équité and our policing partners have recovered 214 stolen vehicles as a part of #ProjectMYRA, a 22-month investigation into criminal organizations modifying VINs and selling stolen vehicles through private sales. https://t.co/z4am1deFCF pic.twitter.com/OoUg618zeF

In January of this year, about two dozen people were charged with 300 combined offences in connection with a “prolific auto theft ring” in the Greater Toronto Area. And in April, CTV News Toronto tracked a vehicle stolen from Ontario overseas to a suburb of Lagos in Africa.

“Currently we are seeing hundreds of vehicles being stolen on a monthly basis, which is substantially higher than previous months,” Peel Regional Police Deputy Chief Nick Milinovich said. “This is an issue and a concern which extends outside of our jurisdiction and province.”

Milinovich said that while about 200 vehicles were recovered in Project MYRA, in Peel that number is closer to 1,000 to date. In total, the vehicles are worth about $42 million.

Parents of young children will need a prescription for some over-the-counter fever and pain medication due to a shortage in pharmacies, Toronto's Hospital for Sick Children is warning.