Security sent to observe toboggan hill in Mississauga, Ont. amid reports of crowding

TORONTO -- The City of Mississauga said it found no one breaking the province’s COVID-19 lockdown rules at a toboggan hill on Sunday afternoon despite numerous reports of crowding and little social distancing.

It happened at Birchwood Park, off Lakeshore Road West and east of Southdown Road, where dozens of children and families could be seen sliding down the snow-covered hill and making their way back up to the top.

Eight-year-old Cadence Munro was in attendance with her mother and said that while some participants were making their best effort to keep apart, others were not.

“People just thought because they were outside that there was no reason to keep space," she said speaking to CTV News Toronto.

Mike Baido, who lives in the area, said it was “outrageous” to see so many people in such close proximity to one another.

'There were people tripping over each other going up the hill, we also saw some kids plow into each other,” he said. 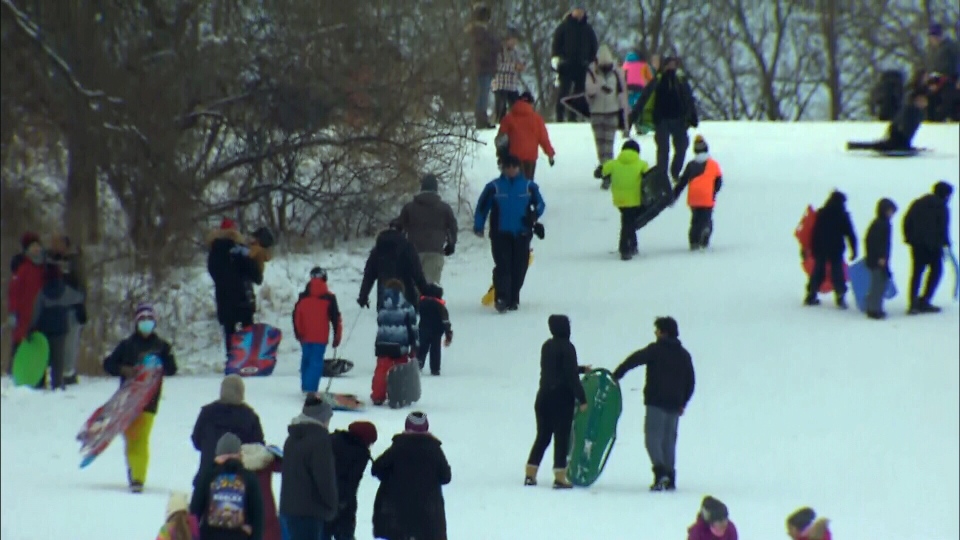 Despite that, the City of Mississauga’s security staff said they could find no evidence of rule breaking when they attended the scene.

“Our security staff attended and patrolled on foot and observed no more than 10 people in any one group and those in groups were from the same household,” the city said in a statement issued to CTV News Toronto.

Under the current lockdown measures, a maximum of 10 people can gather outdoors but only if physical distancing can be maintained.

A similar scene of crowded tobogganing also played out in Toronto at Cedarvale Park, near Vaughan Road and Eglinton Avenue. CTV News Toronto reached out to the city for comment but has not yet received a response.