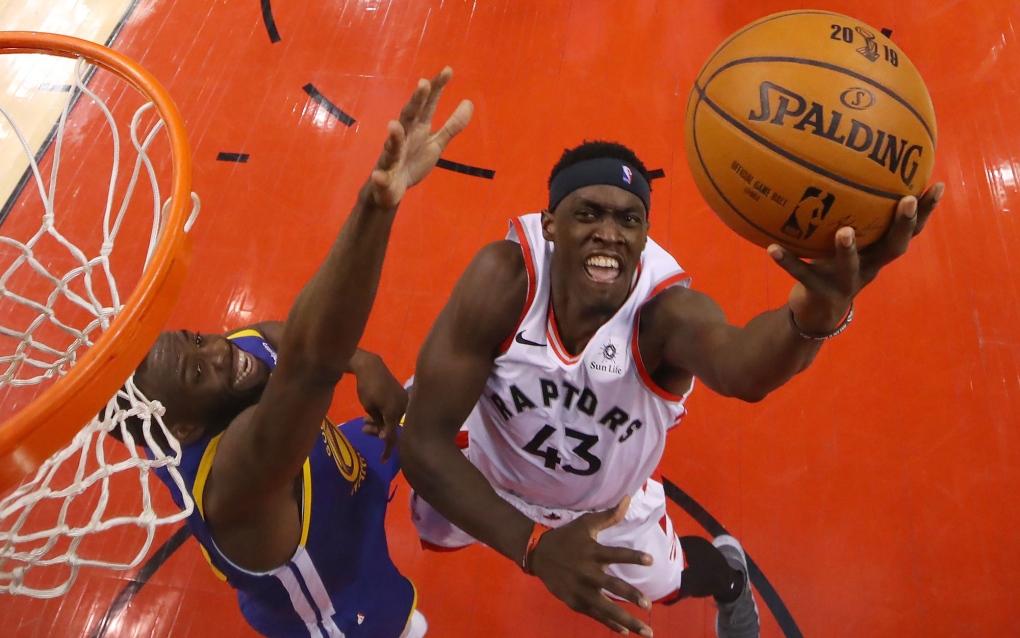 Toronto Raptors Pascal Siakam drives to the hoop against the Golden State Warriors during game 1 of the NBA Finals in Toronto on Thursday May 30, 2019. THE CANADIAN PRESS/Frank Gunn

Multiple media outlets reported the $US130-million deal on Saturday. ESPN was the first to report the extension.

The Raptors had until Oct. 21 to agree to a new deal or Siakam would have become a restricted free agent in the summer of 2020.

Siakam, winner of this year's Most Improved Player Award, was instrumental in Toronto's championship run in his 2018-19 breakout season.

The 25-year-old from Cameroon averaged 16.9 points and 6.9 rebounds per game and was even better during the post-season - with an average of 19 points and 7.1 boards per game to help the Raptors claim their first NBA championship.

Siakam's extension is the second large deal signed by the Raptors this week. They reached an agreement with all-star point guard Kyle Lowry on a one-year, $31-million contract extension on Tuesday.

Siakam was selected in the first round (27th overall) by the Raptors in the 2016 NBA draft.

Toronto opens the season at home Oct. 22 against the New Orleans Pelicans.

This report by The Canadian Press was first published Oct. 19, 2019.