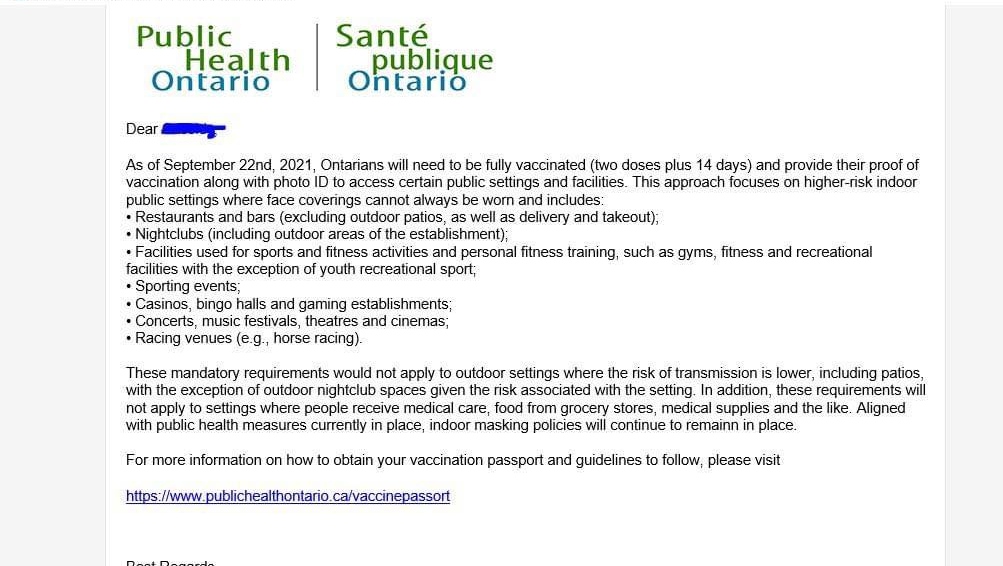 Public Health Ontario (PHO) is warning that an email doctored to appear from them offering vaccine passport registration is indeed fraudulent.

“I’d never received any emails from PHO in the past,” she said. “Initially, I was so excited to get my passport set up because I can’t wait to get back to some sense of normalcy.”

Upon closer inspection, however, Allen says she noticed some discrepancies.

“After I took a moment to read the email, I thought ‘I didn’t know the government had put out the details of the passport yet,’ so I did a quick Google search and I realized there were no plans released yet,” she said.

“When I hovered over the link, I noticed it wasn’t going to the same link listed and then I noticed the spelling mistakes at the bottom of the email,” she said.

When reached for comment, Public Health Ontario told CTV News Toronto on Friday that they “can confirm that PHO did not send the ... emails.”

When Allen realized the email was fake, she says her initial reaction was to share it with as many people as possible, so as to avoid others being scammed.

“This was a very good-looking email and it will definitely fool people into sharing private health information.”