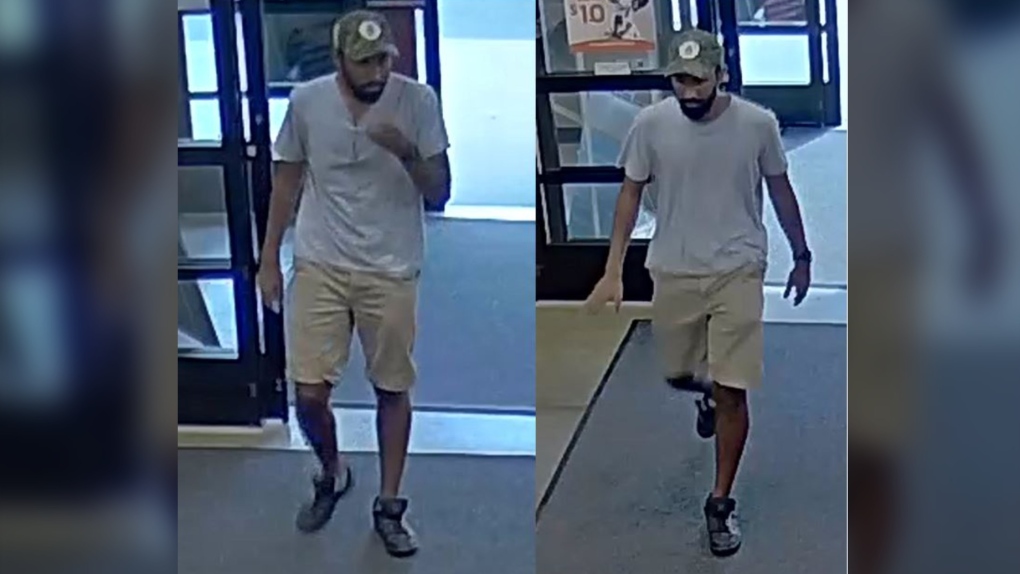 A suspect seen in this surveillance image is wanted after allegedly exposing himself at a PetSmart location in Burlington. (Halton Police)

TORONTO -- Halton police are asking for the public’s help locating a man who exposed himself at a pet store in Burlington.

Police said the man started a conversation with a female employee before exposing himself by removing his pants and underwear.

The suspect apologized to the manager and left the store before returning and offering to apologize to the employee, according to police.

The suspect is described as between 20 to 30 years old, standing at five-foot-ten to six inches tall, weighing 160 pounds and has a full beard.

He was wearing a white T-shirt, beige pants and a camouflage “support our troops” hat.

Police have released an image of the suspect.