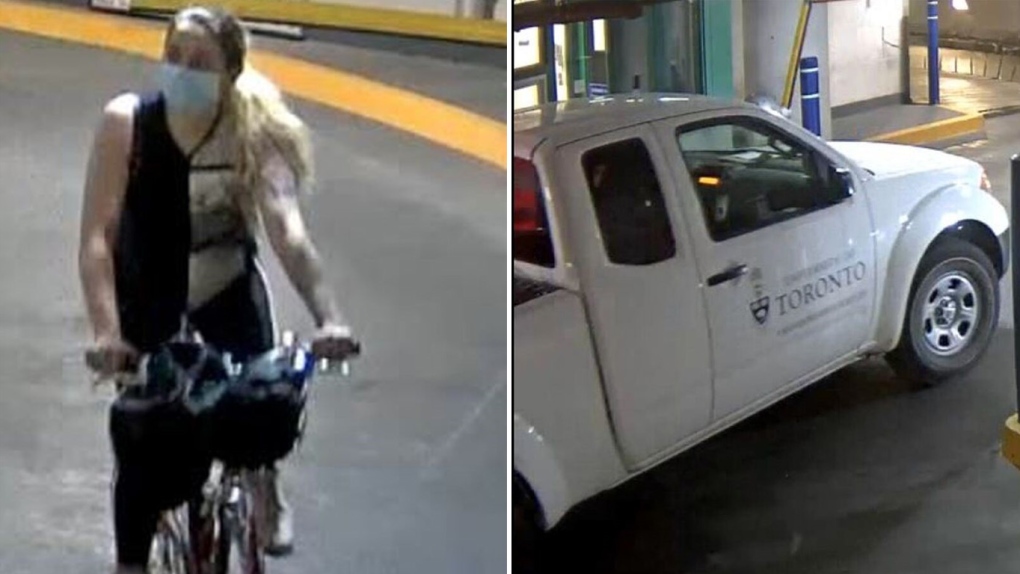 TORONTO -- Toronto police are seeking the help of the public in identifying a woman who allegedly stole a University of Toronto truck on Saturday.

Officers were called to an underground parking lot in the area of St. George and Sussex Avenue at around 4 a.m. for a theft.

Police allege a woman rode a bicycle into the parking lot and broke into an office.

She then allegedly stole keys and a University of Toronto truck.

Police say the woman fled the area in the truck.

She is in her 20s, police say, and described as between five-foot-seven and five-foot-ten, with a medium build and dark hair with blond highlight and has a sleeve tattoo on her left arm.

Police say she was wearing a black and grey sleeveless top, black tights with white stripes on the sides, and light-coloured work boots. She was carrying a black backpack.

The stolen truck is a white 2014 Nissan Frontier extended cab pickup truck. It has a blue University of Toronto emblem bearing an Ontario marker #AH 72949.