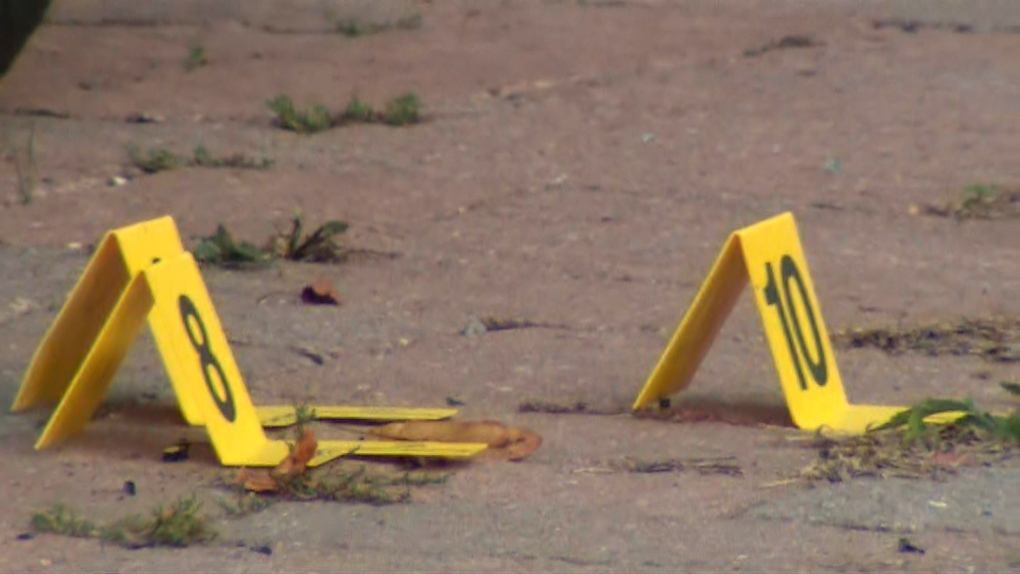 Evidence markers are seen at the scene of a double shooting in Newmarket on Oct. 4, 2019. (CTV News Toronto)

A 26-year-old man killed in a double shooting in Newmarket last week has been identified by investigators.

Emergency crews were called to a residence on Colter Street, located in the area of Yonge Street and Mulock Drive, at around 9 p.m. on Oct. 4 for a report of a shooting.

At the time, witnesses told CTV News Toronto they heard up to a dozen gunshots. 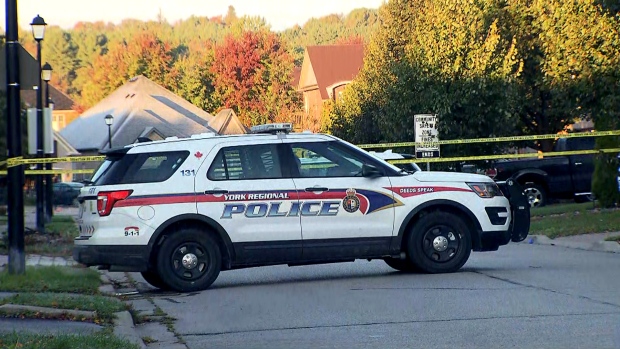 When officers arrived at the scene they located a 26-year-old male and a 23-year-old female suffering from gunshot wounds at the front of the residence.

Toronto-resident DeShane Taylor was transported to hospital where he was later pronounced dead.

The female victim, who has not been identified by officials, was taken from the scene to hospital to be treated for her non-life-threatening injuries.

A white SUV riddled with bullet holes was parked on the driveway of the home when officers arrived. 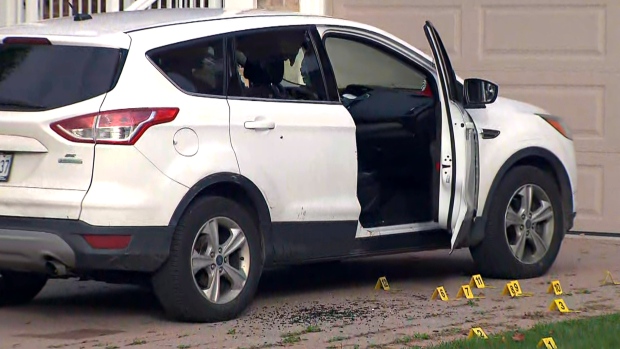 Investigators previously said they believe the two victims were inside the SUV when a dark-coloured sedan pulled up in front of the house.

“Two male suspects exited the vehicle and shot the victims while they were in their car that was parked in the driveway,” police said in a news release issued on Tuesday. “Following the shooting, the suspects drove away from the area.”

A surveillance camera image of the suspect vehicle has been released by investigators.

NEWMARKET HOMICIDE UPDATE - 26-yr-old DeShane TAYLOR from Toronto was killed on Friday evening when two men opened fire on him in a driveway in Newmarket. The suspects were driving this vehicle. If you have any info call Homicide at 866-876-5423 x7865. https://t.co/WrXKsRAtHu pic.twitter.com/aDPNerVcRh

Over the weekend, police confirmed that the home where the deadly incident took place was being rented out as a short-term rental on Airbnb.

“The senseless violence reported is abhorrent and has no place in the Airbnb community, and our thoughts are with those who may have been impacted by this incident,” the company said in a statement.

“We have removed the booking guest from our platform and we stand ready to support York Regional Police in their investigation.”

Officers added that there was another vehicle that drove past the scene on Colter Street at the time and are asking the occupants of that vehicle to come forward and speak with investigators.

“The community can expect an increased police presence in the area as investigators conduct canvasses for video surveillance,” police said on Tuesday. “Any witnesses that may have seen or heard anything or any drivers who may have dashcam footage from the area around the time of the shooting are asked to please come forward.”