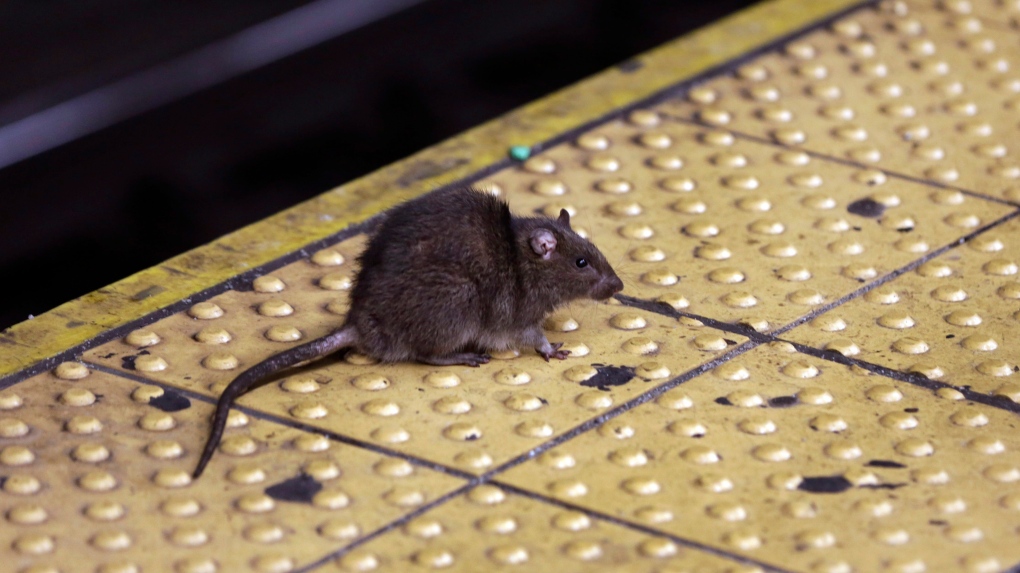 TORONTO -- The biggest pest control company in the country has unveiled its list of “rattiest” cities in Ontario and the results may leave you feeling uneasy.

In a news release, Orkin Canada released its list of the top 25 cities that saw the most rodent treatments between August 1, 2020 and July 31, 2021.

Eight of the cities featured in the top 10 include those within the Greater Toronto Area, with Toronto taking the top spot for the second year in a row.

Mississauga crawled in second and Scarborough third, according to data released by Orkin on Monday.

Orkin argues that some cities may be seeing more rodents than in years past due to lockdowns brought on by the COVID-19 pandemic and residents cooking and eating more at home as a result. 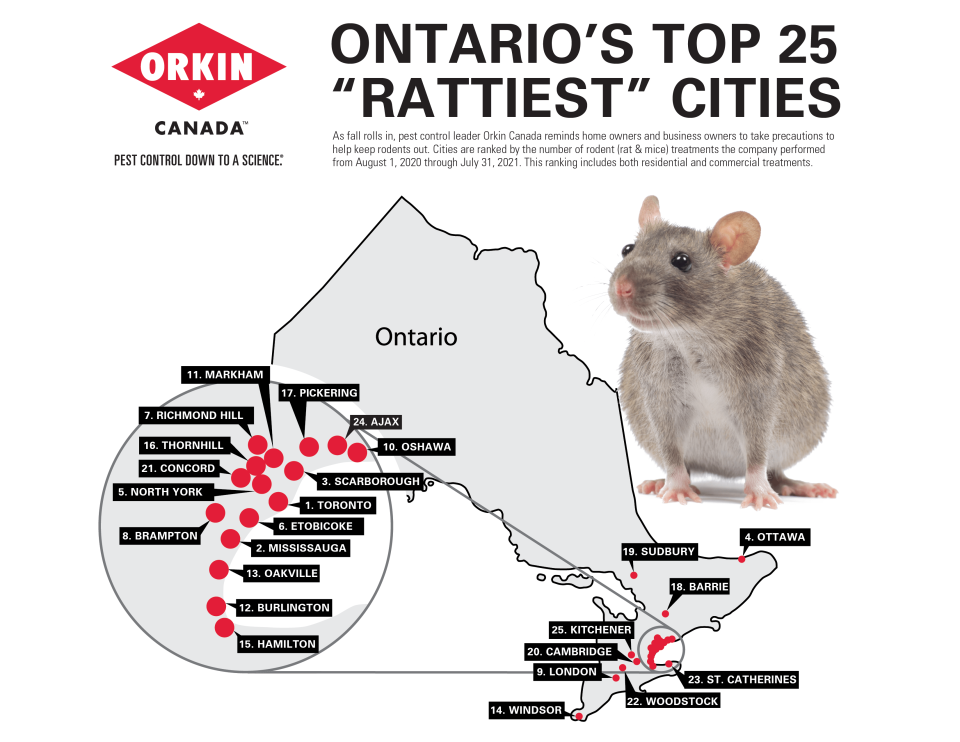 In fact, a study commissioned by the company found that Canadians produced 13.5 per cent more food waste during periods of lockdown versus non-lockdown times.

“Food abundance means potential increases in rodent populations, which is why people may be seeing more rats and mice in residential neighbourhoods,” Orkin said.

To make matters worse, Orkin said that their experts have also observed “bolder behavior” among rodents, including increased sightings of nocturnal rats and mice during the day.

Moreover, the company claims that migrations from resource-depleted urban centres to food-rich suburban areas have resulted in population growth among the pesky pests.

However, there is hope for residents of cities at the top of the list: