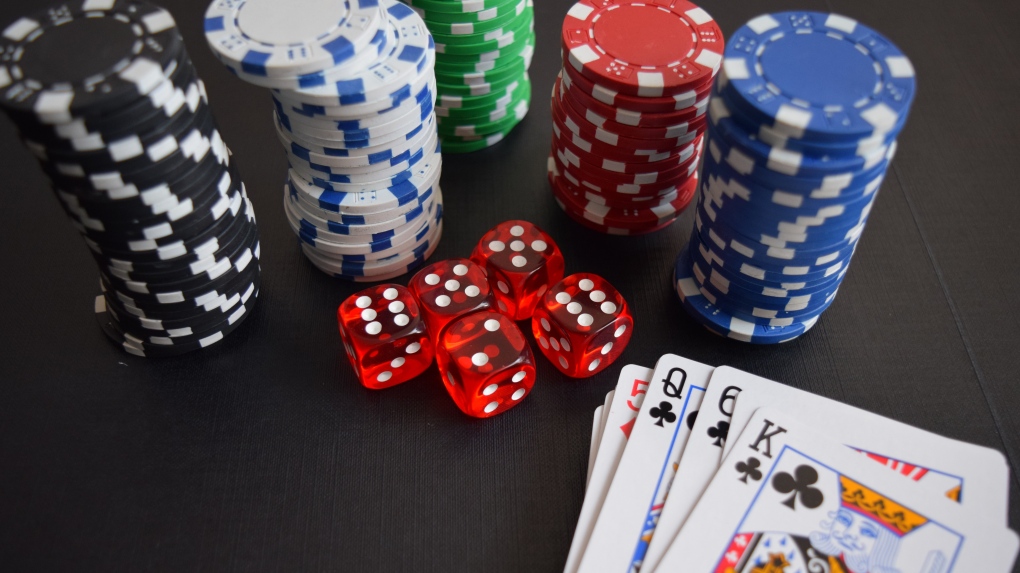 Operators have high hopes for the launch of iGaming Ontario, as Canada's largest province becomes the first jurisdiction to take bets in a legal private online gambling market.

Starting Monday, people in Ontario can wager on casino games, sporting events and other gambling activities through online websites and smartphone apps from operators registered to run activities in the provincially regulated market.

Twenty-five operators were registered with iGaming Ontario as of Friday.

Not all sites will launch right away, and the number of participating operators is expected to grow, according to the Alcohol and Gaming Commission of Ontario, which regulates the industry. Those that plan to take bets have been ramping up advertising to reach potential users ahead of the launch.

Sports betting site PointsBet Canada has been boosting its marketing campaign before the market opens at midnight on Monday.

Curling Canada and other Canadian teams are partners with PointsBet, and the company is working with the Trailer Park Boys on a series of online videos and ads -- a notable choice, as Ontario's regulator doesn't allow advertisements with celebrities who have a primary audience of minors. The Canuck comedy group is also set to host an in-person VIP launch party for the site in Toronto.

Patrick Eichner, a spokesman with PointsBet, said the launch in Ontario is a significant one for the company that's already come online in several U.S. states with legalized online gambling.

"For all intents and purposes, you're launching a country," he said. "Ontario is going to serve as sort of both the foundation and the mecca of Canadian sports betting, so you have to deliver on that first impression and have to be strong out the gates."

Online gambling already existed in Ontario, mostly in the form of grey market websites operated outside Canada and also through the Ontario Lottery and Gaming Corp., which launched its Proline+ sportsbook last summer after the federal government legalized single-event sports betting.

The province has said its regulated online gambling market will help "protect consumers and provide choice." There's also the factor of potentially lucrative revenues from the growing market, though the province hasn't yet provided a figure for projected income.

Richard Schwartz, CEO of Rush Street Interactive's BetRivers, said the company has also hired 50 people in Toronto for its Ontario operations. The launch is important for his company, too, because it's the largest jurisdiction in North America to legalize online casinos.

The online casino and sports betting site ran ads on Canadian TV during the Winter Olympics with former TSN anchor Dan O'Toole in a bid to familiarize the local customer base with the brand, which Schwartz noted never operated in the country pre-regulation.

"I think it put us on the map in Ontario, which was important for us, because ... we started without having any awareness," he said.

Canadian brand theScore Bet has been rolling out online advertisements as well, featuring recognizable actors from television shows Curb Your Enthusiasm and Entourage. The company was also planning a weekend of launch parties from Saturday through Monday night for fans in Toronto.

A spokeswoman for Finance Minister Peter Bethlenfalvy said the government hasn't incorporated any projected income from iGaming Ontario into its revenue forecast, but more information might be available by the time the province tables its annual budget, expected sometime this month. Some other sources have projected revenues as high as $800 million in the first year of the market.

There have been some concerns, however, from land-based casino operators and unions who fear the new online market might impact revenues and jobs at their venues if they are taxed at a higher rate and lose customers.

A report prepared by HLT Advisory for Great Canadian Gaming, the largest casino operator in the province, projected possibility thousands of lost jobs and $2.8 billion in lost revenue at land-based casinos in the five years after the online market opens.

The findings stoked some fears from casino owners, unions and opposition politicians, who grilled government politicians in pre-budget consultations about their plans to offset potential losses at casinos that have taken hits during the pandemic.

Bethlenfalvy spokeswoman Emily Hogeveen said in a statement that the iGaming framework "will complement land-based gaming activity, not detract from it, by providing new opportunities for land-based gaming operators to diversify their offerings and cross-promote between online and land-based sites."

The province is also taking measures to offset potential harms from gambling.

The Alcohol and Gaming Commission of Ontario has set harm-reduction standards for operators, including the requirement that sites have a mechanism to monitor players for "experiencing harm." Operators also must display "responsible gambling messages," access to 24-hour help resources and self-exclusion options. There are also rules that prohibit ads targeted to minors or misleading ads.

Nigel Turner, an independent scientist at the Centre for Addiction and Mental Health who has studied gambling problems for decades, said there are "positive and negative aspects" to legalizing online gambling.

There's a possibility that more people could become addicted to behaviours like gambling as availability increases, he said. At the same time, people already gamble online and legalizing it allows for more checks and balances.

Post-market launch, Turner said he'll be watching for calls to helpline numbers and statistics on people seeking treatment, and how the websites feature information about health services.

This report by The Canadian Press was first published April 3, 2022.