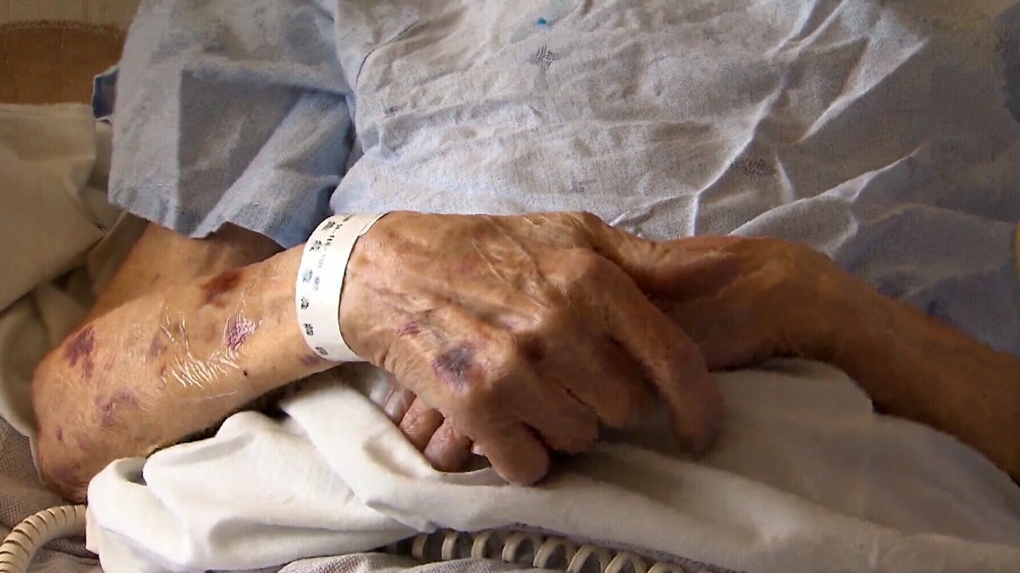 Hefty new fines for Ontario long-term care providers won't be applied retroactively for violations earlier in the pandemic when new legislation from the Progressive Conservatives takes effect, despite concerns that the worst offenders haven't been held to account.

The Ministry of Long-Term Care said it has not issued a single fine to operators who broke the rules during the COVID-19 pandemic, which has so far killed more than 4,000 people in long-term care and infected more than 15,000 nursing-home residents.

The bulk of those deaths -- which make up 40 per cent of all virus deaths in the province -- occurred during the first two waves of the pandemic, before most residents in long-term care could be vaccinated. Inspection reports and eyewitness accounts from homes with virus outbreaks described horrific conditions and a failure to follow measures meant to control the spread of COVID-19.

A spokeswoman for Long-Term Care Minister Rod Phillips pointed to the former Liberal government when explaining why no fines were issued. She said the ability to issue administrative monetary penalties and re-inspection fees was built into legislation that wasn't enacted by the Liberals before the Progressive Conservatives came to power in 2018.

"The Liberals passed the fines in their legislation but never proclaimed them - effectively meaning they weren't a tool that the ministry could use," Vanessa De Matteis said in an email.

Phillips introduced a new bill this week to guide regulation of the sector. It includes heftier possible fines of up to $1 million for corporations and up to $400,000 for board members and individuals.

Once the bill passes and comes into force, De Matteis said the ministry will be able to apply fines to the sector, but "they will not be able to be applied retroactively."

He also noted the government's decision to cut back on proactive inspections of homes in 2018 and legislation introduced last year that raised the legal standard for "gross negligence," which prompted concerns that bringing lawsuits against long-term care operators could be more difficult.

"That all happened on Doug's watch," Del Duca said in an interview. "There is no one else to blame in the province of Ontario for these items."

Inspection reports of homes experiencing COVID-19 outbreaks faulted operators for failing to follow infection control measures such as separating infected residents from those not infected.

The final report from a commission looking into the impact of the pandemic in long-term care found a workforce poorly trained in infection control, and Canadian Armed Forces members called in to help found lack of cleanliness, disorganization and residents left without food and water in some homes.

Some families have launched lawsuits alleging operators failed to protect their loved ones.

Deputy NDP Leader Sara Singh said it's concerning that inspections haven't been acted on. She said reports documenting neglect during the pandemic should be reviewed especially as the government considers renewing operators' contracts as part of its plans to create more beds.

"Homes need to be held accountable," she said. "Looking at this retroactively will be very important as we move forward and consider how we're going to actually provide accountability and transparency for seniors and families in long-term care."

Families who lost relatives during the pandemic say they're also waiting for accountability.

Cathy Parkes lost her father to COVID-19 in the spring of 2020. Paul Parkes was a resident at Orchard Villa in Pickering, Ont. -- one of the homes where the military was called in to assist as an early virus outbreak surged out of control.

The military report on that deployment described improper use of personal protective equipment and neglect of residents who were left in soiled diapers and without proper nutrition or hydration.

Cathy Parkes said it's hurtful to see the government consider renewing contracts for companies running homes like the one her father lived and died at before those operators see any consequences.

"We don't even have accountability yet for what's happened in the last 18 months," she said.

This report by The Canadian Press was first published Oct. 29, 2021.

With some airlines denying compensation for delayed flights or missing baggage, a few Canadian passengers are taking their claims to court.

A Brampton man is in stable condition after he was viciously attacked in broad daylight in his own driveway by three men, two of whom appear to be wielding an axe and a machete.

Watch as a small plane crash-lands on a California freeway; no injuries

The pilot and passenger aboard a single-engine plane survived a dramatic crash-landing on a California freeway, in video captured on a dashcam.

More than two dozen plastic makers are asking the Federal Court to put an end to Ottawa's plan to ban several single-use plastic items including straws, cutlery and takeout containers.

Ottawa was careful to avoid admitting abuses Indigenous children suffered at residential schools happened 'at the hands of the federal government' in remarks prepared for a Liberal cabinet minister after the discovery of unmarked graves last year, documents show.