TORONTO -- An Ontario woman whose home was left a mess after a botched driveway sealing job said "it looked a bomb exploded" on her property.

Oakville woman Anne Farrell said she hired a company to seal a driveway at her vacation property in Niagara Falls and was shocked to find tar was sprayed on her garage doors and the front of her home.

"When we pulled up to the house it looked like a bomb exploded and we were stunned," Farrell told CTV News Toronto.

Farrell said a company that seals driveways left a business card in her door and when she called them they said they could spray the driveway at her Niagara Falls address.

Farrell said it was agreed they would fill the cracks and seal the driveway for $255 and she would pay the company by e-transfer when the job was done and photos were sent to show it had been completed. 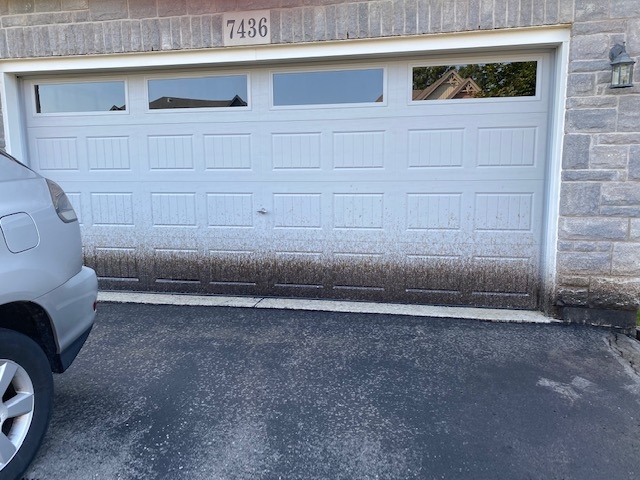 Once the agreed upon time came and went, Farrell said no photos had been sent to her and the company didn't seek payment, which made her worried.

That's when she decided to check on their property.

"There was tar all over the garage door on the front stoop of the house, on the stones on the house, all along the grass on the sides of the driveway, there was hardly anything on the driveway at all," said Farrell. "Immediately we phoned them and said what did you do to our home?"

O'Farrell said the company refused to respond to her calls and blocked her number.

When CTV News Toronto contacted the company, a spokesperson said while it did provide a quote for the sealing job, it did not actually do the work.

The company said it was not responsible, hung up and did not reply to e-mails from CTV News Toronto.

O'Farrell said she is looking for answers and said if the company she was dealing with didn't make the mess, she wants to know who did.

"My message to them is please contact us to let us know what happened and make it right and fix what you have done. This is very wrong and borders on vandalism," O’Farrell said.

It's not clear if the tar can be removed and O’Farrell is concerned that the garage doors may need to be replaced.

O'Farrell is also considering going to small claims court and is currently speaking with her home insurance company about a possible claim for vandalism.

When choosing a contractor to do a job for your home, it's important to check references and get referrals from family and friends and try to be present when the work is being done.