Ontario has passed legislation imposing a four-year contract on education support workers and making a planned strike by tens of thousands of education workers on Friday illegal.

Bill 28, or the Keeping Students in Class Act, uses the notwithstanding clause to legislate a contract onto workers while making it illegal to take any job action. The bill was tabled Monday, and passed Thursday afternoon.

"Once a bill has been granted royal assent, it becomes law and comes into force on that day, unless the act provides otherwise," Education Minister Stephen Lecce's representative tells CP24.com. "It may provide that it comes into force on a day provided for in the act or on a day to be fixed by an order of the Governor in Council.”

Mediation fell apart between the education support workers and the Ontario government earlier in the day, with neither party reaching an agreement.

“This afternoon we were informed that mediation has concluded,” the union’s bargaining committee said. “It is clear that this government never intended to negotiate. The time and effort they have spent on Bill 28, which strips away education workers' Charter Rights, should have been spent on a deal that would have respected workers and ensured the services that students desperately need are secured.”

Minutes after the bargaining committee released its statement, Lecce said at a news conference the province made a “good faith effort”, but the Canadian Union of Public Employees (CUPE) wouldn’t budge and take their threat of a strike off the table.

“For the sake of Ontario's two million students, to keep classrooms open, CUPE has left us with no choice but to pass the Keeping (Students) in Class Act,” he said.

The union has said, that despite the legislation, its members will take part in a province-wide strike “until further notice,” starting Friday.

However Lecce said that “if they proceed with it, it will be illegal.”

Part of those tools include large fines for those who defy Bill 28, including fines up to $4,000 for individuals who do strike and $500,000 for unions that organize them.

“We will use every tool available to send a clear unambiguous message: schools should be open and there's accountability for breaking the law,” Lecce said.

The union has said that it will fight the fines and, if necessary, pay them for members on strike.

“We are giving our members clear instructions,” Candace Rennick, CUPE’s national secretary treasurer, said. “If you are fined on the picket line, you report that fine to your president and you let the union know and we will provide you with further instructions. We are in the process of seeking legal support on that.”

“If the government of Ontario wants to clog up the justice system with $4,000 per member per day fines, then I say bring it on.”

Bill 28 imposes a four-year contract on more than 55,000 education support workers, including custodians, early childhood educators, education assistants and administrative staff. Part of that contract includes a 2.5 per cent annual wage increase for individuals making less than $43,000 a year and a 1.5 per cent increase for all other employees.

CUPE has been arguing for an 11.7 per cent increase, equalling about $3.25 more an hour across the board.

The union said it made “significant moves” with its proposal in an effort to come to a deal. On Thursday, they confirmed their latest offer was about half of what was originally proposed, which would be about an approximate six per cent wage increase.

“What is going in place today is a piece of legislation. It is not a deal,” she added. “A deal is something that two parties come to collectively and agree to. What this is, is a bullying tactic.” 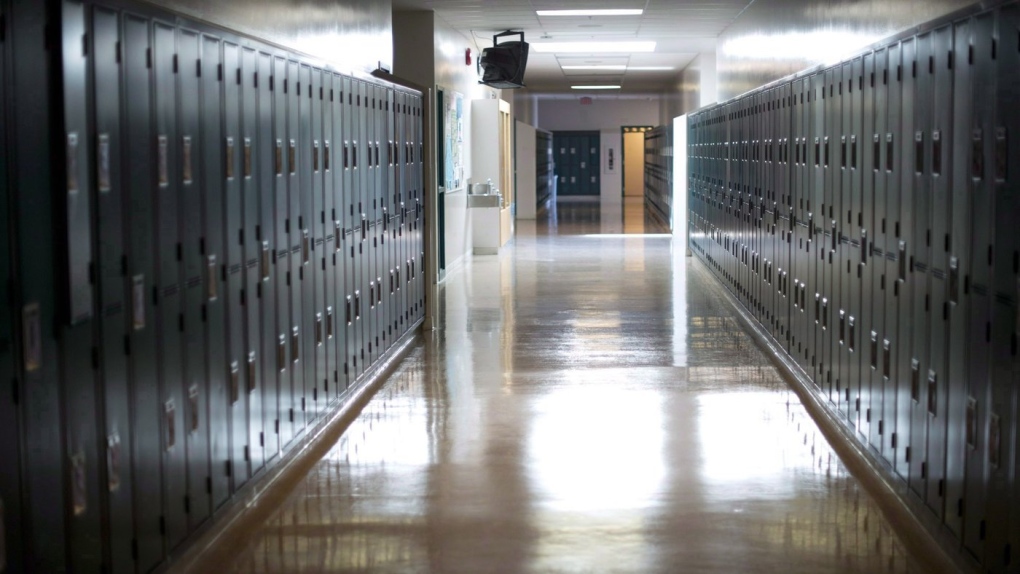 An empty hallway is seen at McGee Secondary school in Vancouver, on Sept. 5, 2014. THE CANADIAN PRESS/Jonathan Hayward

The Ontario government, on the other hand, said that unless the threat of a strike—which is a commonly used bargaining tactic—is rescinded, it would not entertain any other proposals.

That fact appeared to be confirmed today by Lecce on Thursday.

“All along we hoped to reach an agreement that's right for students, that's right for parents, right for workers and for taxpayers in this province. But CUPE wouldn't budge. They refused to take a strike off the table.”

CUPE representatives appeared visibly upset and frustrated when speaking to reporters Thursday afternoon, after negotiations fell apart. They indicated their strike could go on indefinitely until a deal is reached or their members decide otherwise.

CUPE Ontario President Fred Hahn said the government’s use of the notwithstanding clause is a “nuclear approach to collective bargaining.”

“They don't know what they have started here.”

Labour and civil rights groups have said Ontario’s use of the notwithstanding clause is “dangerous” and “draconian.”

Premier Doug Ford has previously used section 33 of the Charter to pass a bill limiting third-party election advertising and threatened to use it in 2018 to slash the size of Toronto City Council.

On Wednesday night, Prime Minister Justin Trudeau spoke with Ford and said it was “wrong and inappropriate” of him to use the notwithstanding clause.