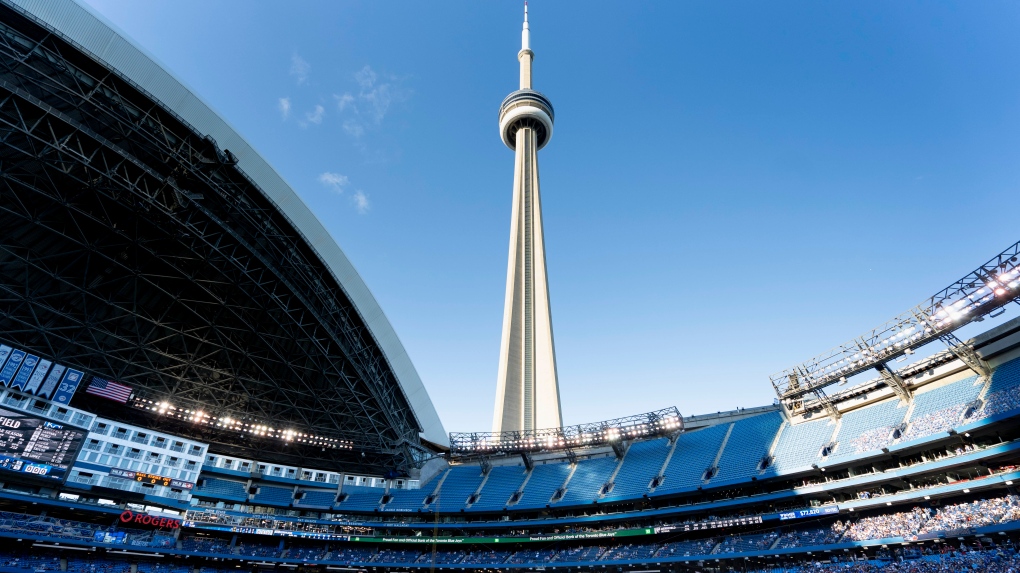 TORONTO -- Ontario’s top public health official says that he would support lifting capacity limits in some places with mandatory vaccination requirements, potentially paving the way for larger crowds at some of the city’s professional sporting venues this fall.

Step three of the Ontario government’s reopening plan currently caps the number of people allowed to attend a sporting event at a maximum of 1,000 people indoors and 15,000 people outdoors.

But with many sporting organizations making it mandatory for fans 12 and up to either be fully immunized against COVID-19 or provide a negative test result, questions are beginning to be raised about whether capacity limits could be increased to permit teams to sell more tickets.

During a briefing on Tuesday, Chief Medical Officer of Health Dr. Kieran Moore said that he would support lifting capacity limits for many venues that mandate vaccination though he acknowledged that it is a decision that ultimately has to be made by the Ford government.

“I would think that the government should assess that if everyone in that environment is immunized then that's a very low risk event,” he said. “So I would hope that the government will make a decision to enable them to move forward even if we have other restrictions in place.”

Moore has said that he would like to see Ontario reach a point when 90 per cent of eligible residents are fully vaccinated though he acknowledged on Tuesday that the target is an “aspirational goal” and should not be a “a measure by which we can hold businesses back.”

He said that he is “very supportive” of businesses that have adopted vaccination polices, specifically citing the Ontario Hockey League which announced this week that it would require proof of full vaccination for those wishing to access any of its facilities.

He also alluded to other policies being put in place by professional sporting organizations.

Maple Leafs Sports and Entertainment, which owns the Toronto Raptors, Toronto Maple Leafs and Toronto Argos, has said that it will require that employees and guests provide proof of vaccination or a negative COVID-19 test result to access their facilities as of mid-September.

The Blue Jays have also announced a similar policy for the final 12 home games of their regular season.

“I do think the government will look very favourably on that and not hold them back in any restriction, but that would be a government decision,” Moore told reporters.

The Ford government had intended to lift virtually all remaining public health restrictions once 75 per cent of residents were fully immunized but put that on hold due to concerns about the Delta-driven fourth wave of the pandemic.