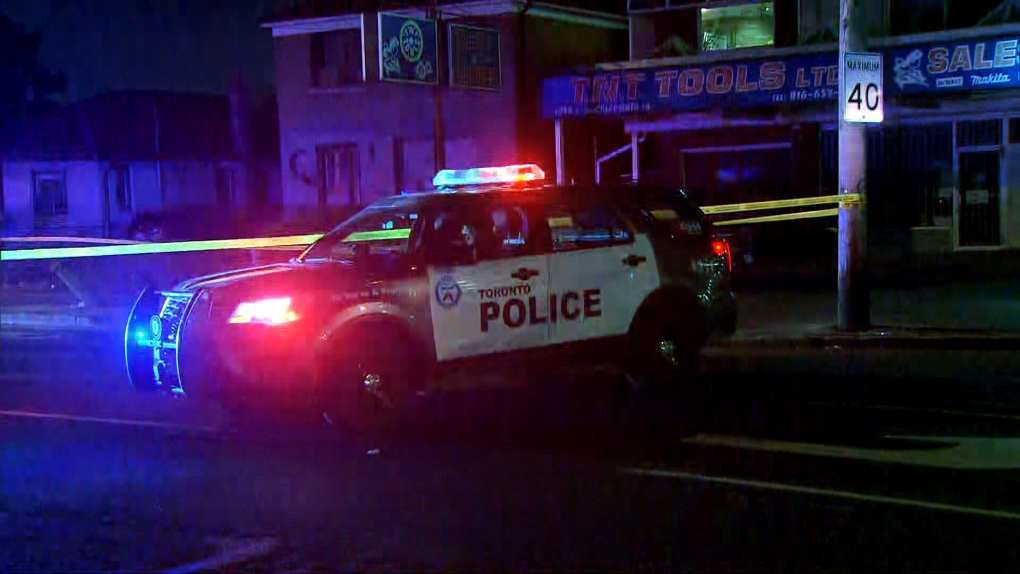 A Toronto police cruiser is seen at an incident where a person was injured after they were Tasered.

TORONTO -- The province’s police watchdog has been called to probe an incident where a person was injured after they were Tasered overnight in Toronto, police said.

Sometime before 3 a.m. Tuesday, police were called to Caledonia Road, south of Lawrence Avenue West for a person with a knife.

They confronted the individual and at some point fired a stun gun at them in order to subdue them.

The person fell and hit their head when they were hit by the Taser, police said.

They were transported to hospital but their exact condition is not known.

As a result, the Special Investigation Unit (SIU) was called to the scene.

The SIU is called to any incident involving an Ontario police officer and a member of the public that results in death, serious injury or an allegation of sexual assault.